• Doreen Mashinini is the General Manager at .Ford Motor Company of Southern Africa.
• She's been with the automaker for more than twenty years.
• Her advice to young women starting in this sector is to stay true to themselves.
• For more motoring stories, go to Wheels24.

If you're a young graduate brandishing a hard-earned Bachelor of Commerce (BCom) degree and happen to have a flair for marketing, what's the best approach to launching a successful career?

Well, logic would dictate you simply hunt for employment prospects within your vocation. That's precisely what Doreen Mashinini did… and just look at her now.

Mashinini, who has been general manager for marketing at Ford Motor Company of Southern Africa (FMCSA covers both South Africa and Sub-Saharan Africa) since October 2018, says she wasn't specifically looking for an opportunity in the automotive industry all those years ago but was "lucky" to be employed by the Blue Oval brand.

Judging by her meteoric rise through the ranks over the months and years that followed, luck has had very little to do with her long list of accomplishments. Mashinini started her journey with Ford as fleet business manager in 2000, before being promoted to district sales manager just two years later. By 2004, she had moved up into the role of Mazda brand manager (at the time, FMCSA still held the Southern African distribution rights for the Japanese marque), later picking up Mazda's marketing portfolio, too.

When Ford and Mazda parted ways locally in 2014, Mashinini stayed with the latter firm, heading up the marketing and communications division and helping transform the now-independent brand into a significant player in South Africa's new vehicle market. Then, in 2018, she returned "home" to Ford, where she still holds responsibility for the automaker's marketing and advertising strategies. 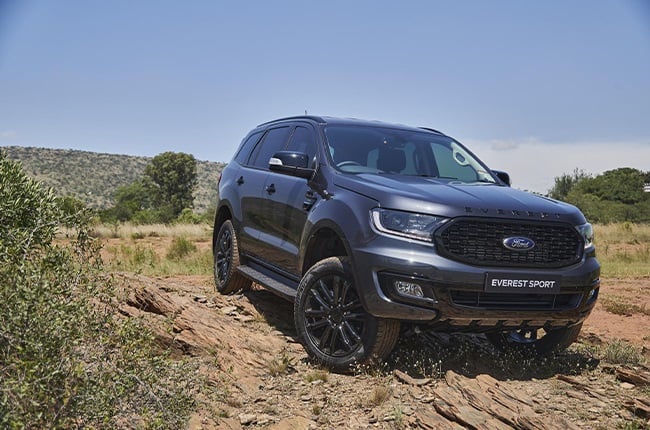 While Mashinini has a definite soft spot for both the old Focus ST hot hatch and the current Everest (she's driving the latter at the moment and quips it feels as though it were "designed for me and my needs"), she says it's the people of Ford that mean the most to her.

"In the corridors, in the [Silverton assembly] plant, in the canteen – we greet each other irrespective of whether we actually know each other. That is the spirit of ubuntu, and we do it intuitively," she says.

Mashinini points out that although the automotive industry is still a male-dominated one, progress is gradually being made as more and more women step into leadership positions.

"It's been a slow evolution, but it's happening within the industry. I see a lot more women in marketing and communication roles as well as in manufacturing, which is exciting." Asked what advice she had for young women starting their careers in this sector, Mashinini said it was important to "do you".

"You will always land up where you need to be when you focus on doing your best with what you have. If you take that approach, you'll always win," she says.

Although Mashinini suggests the list of women who have inspired her over the years is "endless", there's one particular person who has made a massive difference in her "growth, personality, work and more".

That woman is Renette Grotsius, who is FMCSA's fleet and events coordinator and has – quite remarkably – been with the Ford brand since way back in 1979. We're sure there are a few young women just starting their careers at Ford who will feel precisely the same way about Mashinini in the years to come.

We live in a world where facts and fiction get blurred
In times of uncertainty you need journalism you can trust. For only R75 per month, you have access to a world of in-depth analyses, investigative journalism, top opinions and a range of features. Journalism strengthens democracy. Invest in the future today.
Subscribe to News24
Next on Wheels24
Female riders challenge the status quo despite 'varying degrees of disapproval'