'When I was six years old, I could drive the farm truck without any help' - reader

Earlier in May Wheels24 reported on a little boy in Utah in the United States decided to borrow his family's vehicle to go and buy himself a Lamborghini.

It sparked much response from our readers about their first driving experiences.

One such reader was Phillip Quinton who wrote in to us and reminisced about his childhood growing up on a farm in the Karoo. He now lives in the US with his family.

Quinton says: "Like most farm kids, we started driving at a very young age, and not always in a car or truck.

"My dad would let me sit on his lap to learn to steer, and I was able to keep the truck on the narrow farm tracks from about three years old. 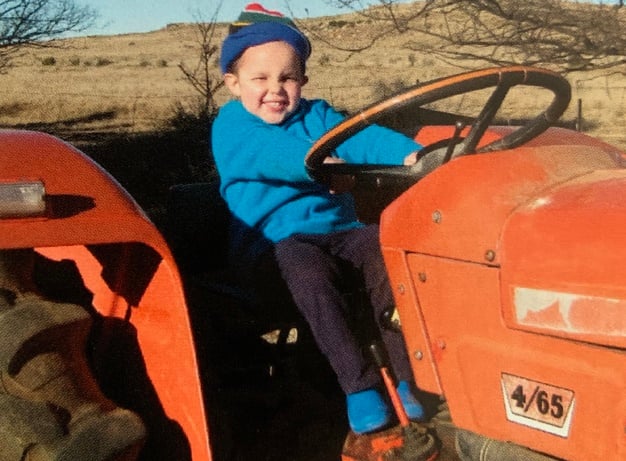 "He also started teaching me to drive the little Massey Ferguson 135 - every farm had one of those, we even had two of them. If I can recall, I was able to drive it without any assistance from about four and a half years old. I remember I needed to stand on the clutch pedal with both feet and to press the clutch in I would need to pull myself down by holding onto the steering wheel because I wasn't heavy enough! "I was about six years old when I could drive the farm truck without any help, but this was mainly due to my short legs! Also, we did not have any automatic vehicles, so driving anything meant using a clutch. We didn't know any different, but today the automatic cars would have allowed me to drive way earlier.

"I think I was about the same age when I could ride the farm bike. To start or stop I would have to use an overturned feed drum set in the middle of the "werf"! No American will know that word, but every kid who grew up in the Karoo sure will!.

"We really miss South Africa, there's no place else on earth like it.

"I found some fantastic photos taken of me at age two and 16, and my son at two years old on the exact same tractor which is still working on the farm today.

"I also found a picture of the old 135 with my dad driving while bailing lucern hay - not an easy task in the Karoo; it could only be done if there had been enough dew, and if so then it would occur very early from 02:00 to about 06:00 if we were lucky.

"Extraordinary times! I live in the US now with my wife and kids, but we miss home each day!"

We live in a world where facts and fiction get blurred
In times of uncertainty you need journalism you can trust. For 14 free days, you can have access to a world of in-depth analyses, investigative journalism, top opinions and a range of features. Journalism strengthens democracy. Invest in the future today. Thereafter you will be billed R75 per month. You can cancel anytime and if you cancel within 14 days you won't be billed.
Subscribe to News24
Related Links
'When I was 11, I bought an Opel Kapitan for R25!' - This reader shares memories of her first car
What's the earliest age you started driving?
Next on Life
LETTER | I'm a paramedic, if we can't get PrDPs, we get suspended without pay