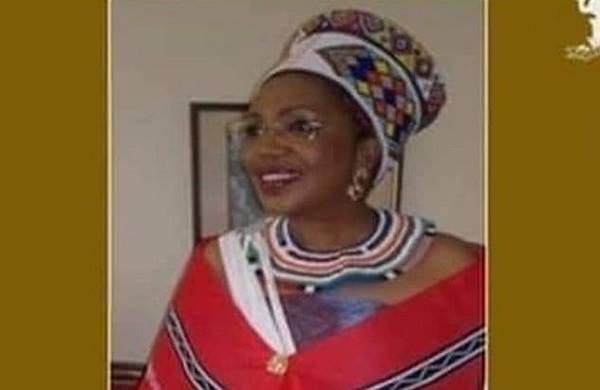 KwaZulu-Natal Premier Sihle Zikalala, on behalf of the government and the people of the province, has expressed deep shock at the sudden passing of the Regent of the Zulu nation, Her Majesty Queen Mantfombi Dlamini Zulu.

“It is with profound sadness that we have received the heart-wrenching news of the untimely passing of Her Majesty the Queen.

“This is yet another tragedy of monumental proportions to befall the province and the people of KwaZulu-Natal. It is an unfathomable double blow not only to the royal family, but to the people of this province and the nation in its entirety.  Even more shattering is that Her Majesty has left us in the middle of the mourning period for our beloved monarch, King Zwelithini kaBhekuZulu,” said Zikalala.

He said, “With sorrow etched across our faces as we are reeling at the devastating news of Her Majesty’s passing, we extended our most heartfelt condolences to the Royal Family and the people of the province of KwaZulu-Natal and the Kingdom of eSwatini.”

Zikalala said Her Majesty was a bridge between the two monarchies and nations, a role which she performed with aplomb. On various occasions such as the opening of the Legislature and many important occasions in the province, Zikalala said they were honoured to be graced with Her Majesty's presence, “in all her regal glory, alongside His Majesty the King.”

Following pronouncements by the Royal Family only recently that Her Majesty would become a regent, Premier Zikalala said they looked up to her to lead them during these most difficult and unprecedented times in the history of our province.

“Her Majesty had stepped into a great tradition of distinguished women who shaped history by leading in different complex and challenging epochs, breaking barriers and stereotypes in the process.

“Her leadership of one of the biggest and oldest traditional leadership institutions in history was admirable, and served as an inspiration for the advancement of women’s struggles not only in South Africa but in the world as a whole.

“Her ascendancy to the position of Regent underscored her own agency, and served to administer the final burial rites to the backward, patriarchal and chauvinistic tendencies that considered women as inferior beings whose existence can only be confined to homes, providing support to husbands and caring for children.

“As the pall of gloom once again hangs over the homes of KZN citizens, we are deeply hurt and visibly pained by the tragedy of Her Majesty’s demise.  We ask the nation to put the royal family in its thoughts and prayers, for the harsh reality of losing both pillars of the family in such quick succession must be extremely difficult to bear,” said Zikalala.

The Premier said they are in constant contact with the royal family, and as government, they will do their part to provide support to the royal family and the nation, who are understandably distraught at this stage.

At this juncture, the provincial government wishes to advise of the following:

• The Provincial Government calls on all citizens to observe the period of mourning;

• The Provincial Government will scale down and suspend most of its activities as part of paying its respects to Her Majesty the Queen.  Premier Sihle Zikalala is in communication with the President of the Republic and the National Government regarding these latest, most unfortunate developments.

• The Provincial Executive Council will visit the royal family to offer its condolences;

• The Provincial Government will brief the media accordingly, on further developments regarding this tragedy, after engagements with the royal family and the National Government.

We live in a world where facts and fiction get blurred
In times of uncertainty you need journalism you can trust. For only R75 per month, you have access to a world of in-depth analyses, investigative journalism, top opinions and a range of features. Journalism strengthens democracy. Invest in the future today.
Subscribe to News24
Next on Witness
Man appears in court after posting photos of a woman on a sex website