Police officers with the dome coffin that was allegedly stolen.
SAPS

An Ulundi funeral parlour owner was arrested after being found with a suspected stolen coffin and other burial items.

Mbele said a manager of a funeral parlour in Ulundi told the police that on Thursday, May 13, a known man owning another funeral parlour came to her office and requested to buy a dome type coffin on discount, but his request was denied. 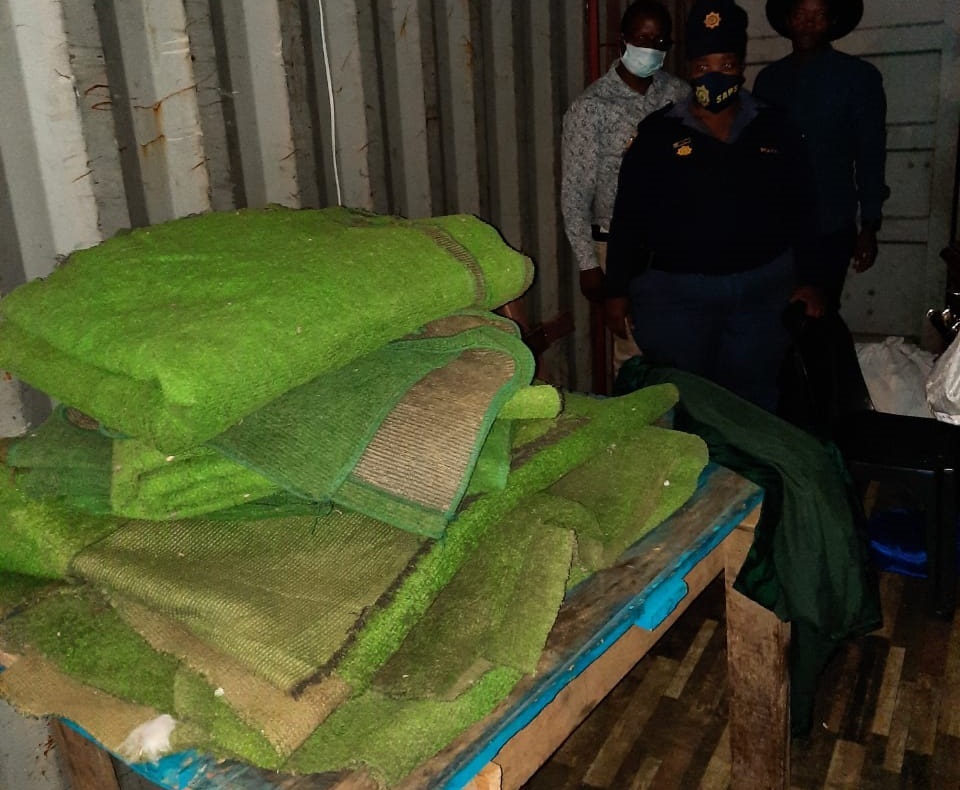 The green runners that were allegedly stolen.
SAPS The two grave anchor crosses that were allegedly stolen.
SAPS Police officers with the dome coffin that was allegedly stolen.

She said a case was opened at Ulundi police station for further investigation.

After intensive investigation, Mbele said the stolen items were recovered at the 50-year-old man’s offices and he was immediately arrested.

The man is expected to appear in court on Monday, May 17, facing possession of suspected stolen property charges.

We live in a world where facts and fiction get blurred
In times of uncertainty you need journalism you can trust. For only R75 per month, you have access to a world of in-depth analyses, investigative journalism, top opinions and a range of features. Journalism strengthens democracy. Invest in the future today.
Subscribe to News24
Next on Witness
Woman dies in vaccine queue in Tongaat, KwaZulu-Natal

Read more on:
durbankznpietermaritzburgulundikwazulu-nataltheftcrime
Daily Poll
The Educators Union of South Africa (EUSA) has called for the temporary closure of schools in South Africa as a third Covid-19 wave grips the country. The union questioned the move to a level 3 lockdown, and the introduction of further restrictions while still allowing teaching to continue as normal. What are your thoughts on this matter?
Please select an option Oops! Something went wrong, please try again later.
I think schooling should remain as it is
30% - 17 votes
There’s no need to panic, teachers will be vaccinated soon
16% - 9 votes
Close schools with immediate effect
54% - 30 votes
Previous Results
Latest Issue