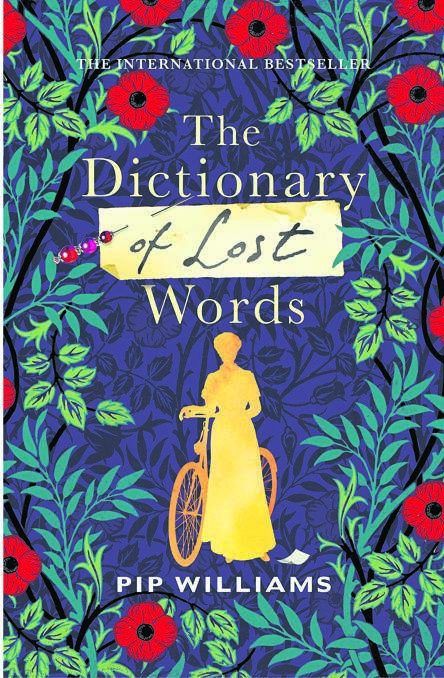 The Dictionary of Lost Words.

Keep yourself warm this winter with some sizzling hot winter reads.

The fiction picks for July include Unbecoming by Joanne Fedler, a funny, heartbreaking and provocative homage to mid-life unravelling, as women, on the brink of elderhood, speak honestly about their lives and wonder what the hell to do with vaginas that are not ready to be put out to pasture just yet.

Another essential read is Circus of Wonders by Elizabeth Macneal, which tells the tale of Nell, a woman whose skin is bespeckled with birthmarks.

Sold to Jasper Jupiter’s Circus of Wonders by her father, she becomes known as the leopard girl.

As her fame grows, she finds friendship with the other performers and Jasper’s gentle brother Toby.

Moving from the pleasure gardens of Victorian London to the battle-scarred plains of the Crimea, Circus of Wonders is a story about power, fame and the threat of invisibility.

Great Circle by Maggie Shipstead, meanwhile, tells the story of a daredevil female aviator who is determined to chart her own course in life, at any cost.

Lean Fall Stand by Jon McGregor offers readers a thrilling novel of an Antarctica expedition gone wrong and its far-reaching consequences for the explorers and their families.

Set in Johannesburg, Limerence by Vincent Pienaar sees the protagonist, Clarissa, forced to confront her past when her former lover Scout turns up on her doorstep.

Months later, Clarissa is summoned to a lawyer’s office where she meets four other women who were part of Scout’s life. Warm-hearted and funny, this is a tale guaranteed to lift the spirits of even the sourest of exes.

In Malibu Rising Taylor Jenkins Reid immerses readers in a glamorous world. During the course of one unforgettable night, four siblings have to choose what they will keep from the people who made them, and what they will leave behind.

Another page-turned is Marion Lane and the Midnight Murder by T. A. Willberg. The book plunges readers into the heart of London and the secret tunnels that exist far beneath the city’s streets. There, a mysterious group of detectives, recruited for Miss Brickett’s Investigations & Inquiries, use their cunning and gadgets to solve crimes that have stumped Scotland Yard.

Still Life by Sarah Winman (Tin Man), meanwhile, is a captivating and lively novel about people brought together across four decades of love, war, art, flood and the ghost of E.M. Forster. It’s a rich, deeply moving story filled with hope.

The Dictionary of Lost Words by Pip Williams is set during the height of the women’s suffrage movement and, with the Great War looming, reveals a lost narrative, hidden between the lines of a history written by men. Inspired by actual events, Williams has delved into the archives of the Oxford English Dictionary to tell this highly original story.

A delightful, lyrical and deeply thought-provoking celebration of words and the power of language to shape the world.

The Dictionary of Lost Words by Pip Williams is set during the height of the women’s suffrage movement and, with the Great War looming, reveals a lost narrative, hidden between the lines of a history written by men.
Estelle Sinkins

The First Day of Spring by Nancy Tucker has been described by Publishers Weekly as a “spectacular fiction debut”, adding that the taut, meticulously observed narration mines the dangers that childhood trauma causes.

The final fiction pick on the list is Yellow Means Stay, edited by Allwell Uwazuruike, Confidence Uwazuruike and Munachim Amah, which offers readers a collection of enthralling, sad, humorous and heart-touching love stories from across Africa and the Black diaspora.

If you prefer non-fiction then Exclusive Books recommends the following 10 titles.

Digital Body Language by Erica Dhawan offers a guide to a business world turned upside down.

Fully Human by Steve Biddulph is a helpful and essential tool for navigating modern life.

How to Change by Katy Milkman is a must-read for anyone looking to improve their habits, or their life.

I Am A Girl From Africa by Elizabeth Nyamayaro is a story that can uplift and inspire every girl and boy from every part of the world.

Noise by Daniel Kahneman, Olivier Sibony and Cass R. Sunstein, is an investigation of a massive societal problem hiding in plain sight.

Unsettlingly honest and blunt, Ougat is Shana Fife’s story of surviving the social conditioning of her Cape Flats community, of surviving sexual violence and depression, and of ultimately escaping a cycle of abuse.

Robert by Robert Hamblin challenges every South African to examine not just their own sexuality and identity, but their very humanity.

To The Wolves by Caryn Dolley is the true story of how South Africa’s underworld came to be, and what continues to fuel it today.

In re-imagining the story of Eve, Sarah Jakes Roberts draws lessons from scripture and from her own life that show women how to use the mistakes of their past to overcome the challenges of today in Woman Evolve.

In You Are Your Best Thing, Tarana Burke and Brenè Brown present a potent collection of essays on black shame and healing. Along with the anthology contributors, they create a space to recognise and process the trauma of white supremacy, a space to be vulnerable and affirm the fullness of black love and life.

Becoming by Michelle Abama has been adapted for younger readers, with new photographs and a new introduction from Michelle Obama herself. This memoir tells a very personal and completely inspiring story of how, through hard work and determination, the girl from the south side of Chicago built an extraordinary life.

Becoming by Michelle Abama has been adapted for younger readers, with new photographs and a new introduction from Michelle Obama herself. This memoir tells a very personal and completely inspiring story of how, through hard work and determination, the girl from the south side of Chicago built an extraordinary life.
Estelle Sinkins

In Instructions For Dancing, Nicola Yoon delivers a story of love’s unpredictability and the importance of perspective.

Zukiswa Wanner, meanwhile, tells the story of how In March 1961, Nelson Mandela vanished, in The Black Pimpernel. For 18 months he was a fugitive, living under assumed identities and disguises as the SAP and secret services tracked him in vain.

In The Girl With 21 Questions by Boitumelo Mothupi and Subi Bosa, a young girl goes in search of answers to her many questions by reading books.

Last, but not least, is Julia Donaldson’s The Hospital Dog, about a big-hearted and very brave dog. It features illustrations by the award-winning Sara Ogilvie. The First Day of Spring. Malibu Rising.
We live in a world where facts and fiction get blurred
In times of uncertainty you need journalism you can trust. For only R75 per month, you have access to a world of in-depth analyses, investigative journalism, top opinions and a range of features. Journalism strengthens democracy. Invest in the future today.
Subscribe to News24
Related Links
Book Review | Definitely a top read
Book Review | A fitting account of the elusive political activist abdullah abdurahman
A fascinating page turner
Next on Witness
Unmute: Power to the Poet

Read more on:
exclusive bookslistreviews
Daily Poll
After hearing the ANC’s elections manifesto, do you believe the party can do better over the next 5 years?
Please select an option Oops! Something went wrong, please try again later.
Yes
11% - 6 votes
No
76% - 41 votes
We’ll wait and see
13% - 7 votes
Previous Results