It’s not every day your neighbourhood crocodile turns 120 years old, and so Crocworld Conservation Centre on the KZN South Coast gave their resident Nile crocodile a reason to smile on Wednesday, 16 December with a fitting birthday bash.

James Wittstock, the centre’s acting manager, said the beloved Henry celebrated this milestone with his favourite meaty dish while Crocworld staff and guests enjoyed a slice of birthday cake.

Wittstock said Henry, who is a whopping five-metre-long and 700 kilogramme croc, arrived at Crocworld in 1985 at the youthful age of 85, where he went on to father more than 10 000 offspring with his six female co-habitants.

Believed to be the oldest known Nile crocodile in captivity, Henry is looking forward to more years of relaxation and leisure, welcoming the many guests to this wonderful animal sanctuary.

In 2017, www.oldest.org listed Henry the crocodil as the second oldest crocodile in the world. A crocodile named Mr. Freshie took the number one spot, he was 140-years-old when he died in 2010. 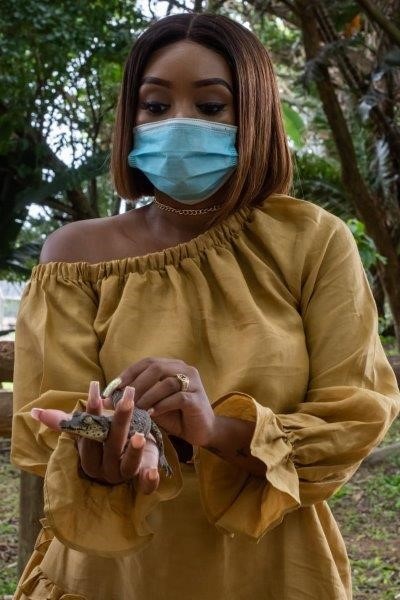 ALSO READ | There's an entire Facebook group dedicated to bad wildlife photos. Here are some of the funniest ones

In addition to the birthday celebrations, Wittstock said Crocworld has an incredible summer programme of not-to-be-missed sights, sounds and activities, including the new Whale Watching Walkway, Crocodile Feeding Platform, Raptor Wing, and Gourmet Burger Menu at the Fish Eagle Café - among many others.

We live in a world where facts and fiction get blurred
In times of uncertainty you need journalism you can trust. For 14 free days, you can have access to a world of in-depth analyses, investigative journalism, top opinions and a range of features. Journalism strengthens democracy. Invest in the future today. Thereafter you will be billed R75 per month. You can cancel anytime and if you cancel within 14 days you won't be billed.
Subscribe to News24
Next on Witness
Concrete Jungle | Super snails and slugs

Read more on:
south coastkznpietermaritzburgkwazulu-natalnaturecrocodilewildlife
Daily Poll
Do you feel safe in your home?
Please select an option Oops! Something went wrong, please try again later.
Yes, I stay in a safe neighbourhood
21% - 23 votes
Yes, I have the best security systems
5% - 5 votes
No, we hope/pray for the the best everyday
60% - 65 votes
I have a weapon in case I need it
14% - 15 votes
Previous Results