A spade is a spade, and Zuma is a liability, says YCL 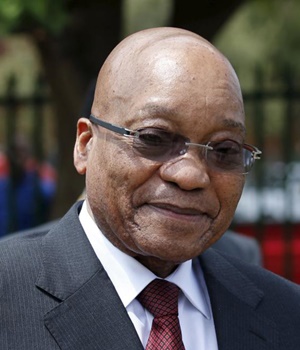 Pietermaritzburg - Democratic processes in the ANC have been eroded and replaced by anarchism, deputy secretary of the Young Communist League (YCL), Isaac Luthuli, has said.

Luthuli raised ire within the alliance last week when he released a statement in his personal capacity, calling for the axing of President Jacob Zuma.

Luthuli’s statement followed the nationwide protest under the banner, #ZumaMustFall which was initiated after the chopping and changing of Finance ministers.

The ANC has been vocal about members who voice their concerns outside ANC structures.

However, Luthuli said that raising the issue within the ANC structures would have been a waste of time.

“Democratic processes in the ANC have been eroded and replaced by anarchism. Democratic processes are being manipulated daily by the same people who say we must raise our concerns within the party structures. Those who speak up, get excluded,” he said to The Witness recently.

Luthuli also raised concerns about the strained relationship within the tripartite alliance.

The YCL is a youth wing of the SA Communist Party, which is in a tripartite alliance with ANC and Congress of SA Trade Unions.

Divisions within the alliance have played out in public recently, prompting former president Kgalema Motlanthe to say that the alliance is dead.

Luthuli blamed “some quarters” in the ANC for the deterioration of the relationship in the alliance.

“Within the ANC there are those who do not value the alliance. They are ready to get rid of the SACP and form an alliance with the capitalists,” he said.

Luthuli said they had kept quiet for far too long.

“It is high time now that we call a spade by its name. The spade is a spade, not a big spoon.

“President J.G. Zuma is indeed a liability not only to the country, but to the ANC too,” he said.

Luthuli said he did not see the need for the axing of Nhlanhla Nene as Finance minister.

“This is a man with serious experience and expertise who served under the former Finance ministers who were never recalled. This was the first ‘black Finance minister’ since the democratic dispensation.”

He said that this would send the wrong message about the ability of a black person to be a Finance minister.

“Is there anything wrong that has been done by the former minister Nene?” he asked.

Attempts to get the comment from the ANC were unsuccessful.

The party’s national spokesperson Keith Khoza did not respond to an SMS sent by The Witness, nor did he answer his phone.

Following the axing of Finance minister Nhlanhla Nene, there has been speculation that more reshuffles are on the cards with Minister in the Presidency, Jeff Radebe, Minister of Higher Education and Training Blade Nzimande, and Trade and Industry Minister, Rob Davies, said to be in the firing line.

Although the presidency has described the speculation as “mischievous and misleading”, Luthuli has given a timeline of when Nzimande, who is also SACP secretary general, will be shown the door.

“We are fully aware that the next step will be Nzimande as you (Zuma) are waiting for student protests at the beginning of 2016.”

Luthuli said Zuma had pulled a publicity stunt during the recent #FeesMustFall protests by students, when Nzimande should have announced the a 0% fee increment.

We live in a world where facts and fiction get blurred
In times of uncertainty you need journalism you can trust. For 14 free days, you can have access to a world of in-depth analyses, investigative journalism, top opinions and a range of features. Journalism strengthens democracy. Invest in the future today. Thereafter you will be billed R75 per month. You can cancel anytime and if you cancel within 14 days you won't be billed.
Subscribe to News24
Related Links
South Africa can survive 2016
Next on Witness
Tough times ahead for SA consumers

Read more on:
pietermaritzburgzuma
Daily Poll
Do you feel safe in your home?
Please select an option Oops! Something went wrong, please try again later.
Yes, I stay in a safe neighbourhood
23% - 39 votes
Yes, I have the best security systems
5% - 8 votes
No, we hope/pray for the the best everyday
61% - 103 votes
I have a weapon in case I need it
12% - 20 votes
Previous Results