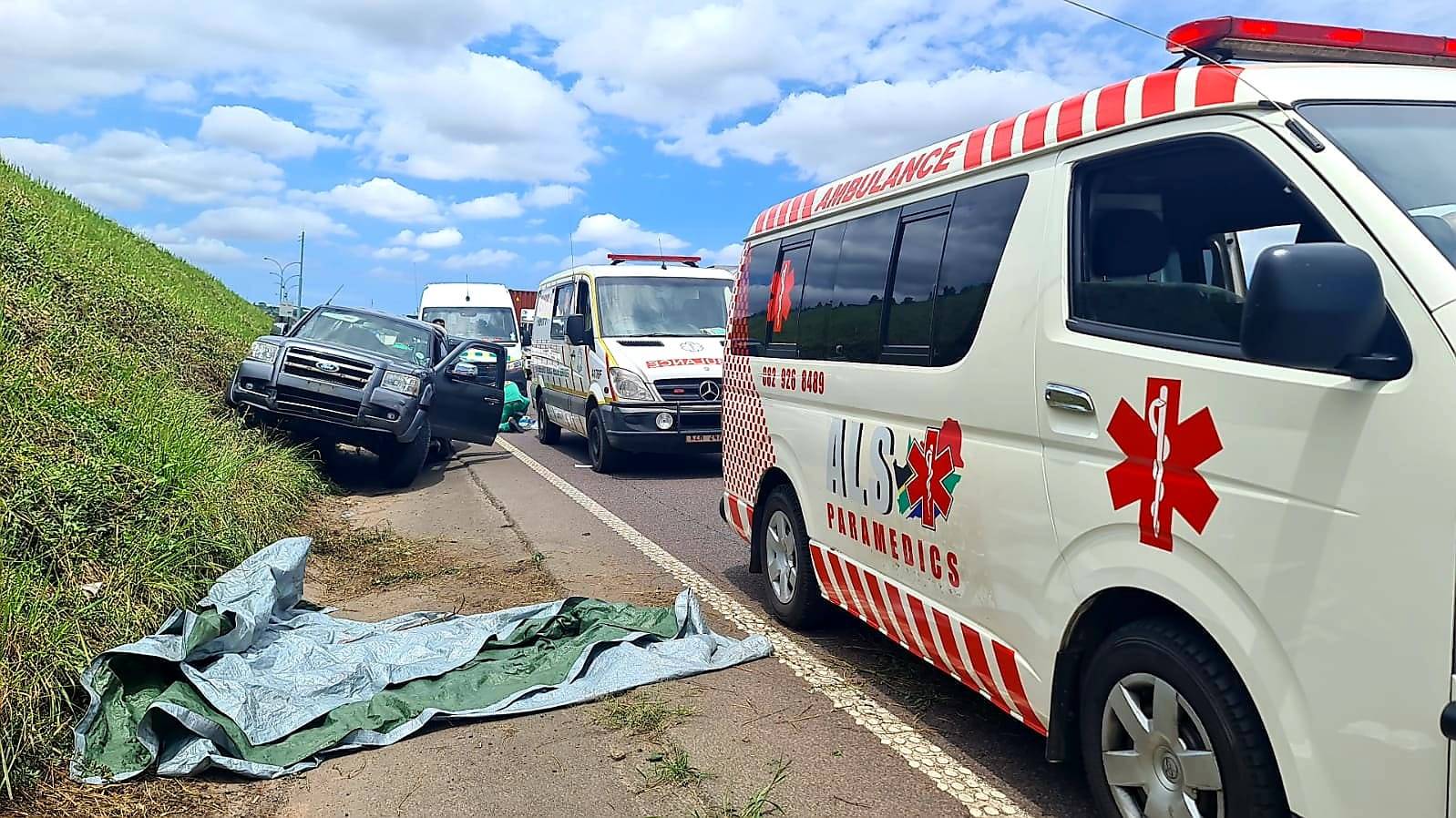 A three car accident on the N3 near the Mariannhill Toll Plaza has claimed the life of a three-year-old girl.

A three-year-old girl died in a “horrific” three vehicle accident near the Mariannhill N3 Toll Plaza on Tuesday afternoon.

Another child (7), believed to be the brother of the girl, was taken to hospital in critical condition according to Garrith Jamieson, ALS Paramedics spokesperson.

He said a truck, a bakkie and a light motor vehicle had collided on the roadway.

“Paramedics arrived on the scene to find carnage. Two children, a little boy and girl aged seven and three, who are believed to have been in the rear of the bakkie had sustained critical injuries and needed life saving intervention on the scene,” he said.

The girl later succumbed to her injuries on the scene, said Jamieson.

He added the brother was rushed to a nearby hospital for urgent care.

A further two patients were also treated on the scene for minor injuries but did not need to go to the hospital, said Jamieson.

The N3 west bound was closed on Tuesday afternoon to allow a medical helicopter to land and assist at the scene.

Police were also on the scene to investigate further.

We live in a world where facts and fiction get blurred
In times of uncertainty you need journalism you can trust. For 14 free days, you can have access to a world of in-depth analyses, investigative journalism, top opinions and a range of features. Journalism strengthens democracy. Invest in the future today. Thereafter you will be billed R75 per month. You can cancel anytime and if you cancel within 14 days you won't be billed.
Subscribe to News24
Next on Witness
WATCH: Winter wonderland as snow falls on Sani Pass, KZN

Read more on:
durbanaccident
Daily Poll
Load shedding is a reality in South Africa with experts saying if the system fails, stage 8 cuts could be on the cards. What do you think can be done to end load shedding?
Please select an option Oops! Something went wrong, please try again later.
We can all try using less electricity
2% - 4 votes
Deal with the rot within Eskom
34% - 85 votes
Find alternative power sources outside Eskom
65% - 163 votes
Previous Results