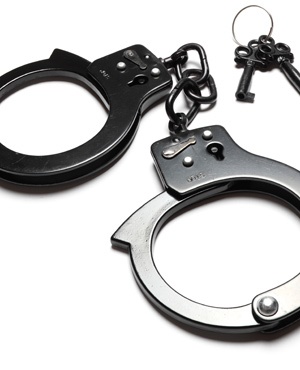 Pietermaritzburg - A brave Thornville police officer risked his life to arrest a gun-weilding murder suspect who allegedly shot and killed a man outside the officer’s home.

Veteran officer Captain Mandla Mkhabela, who is also the Thornville station commander, was at his house at the Emgodini area near Plessislaer on Saturday when he saw two people fighting on the road.

As he went to intervene, one man allegedly pulled out a firearm and shot the other man in the stomach. The victim (25) was taken to hospital where he later died.

Mlamuli Funeka (38) was immediately arrested and was found in possession of a pistol suspected to be used in the murder.

In an interview with The Witness yesterday, Mkhabela — who has been in the force for 27 years — said he was pleased with the arrest.

Mkhabela said before he could reach the men, Funeka allegedly produced a firearm and pointed it at the deceased.

Screaming for Funeka to put down his gun while running towards them, the gunshot went off, but Mkhabela persevered toward the commotion and managed to seize the firearm without being harmed.

He identified himself as a policeman to the suspect and placed him under arrest.

Umgungundlovu South cluster commander Major-General Lucas Ngobeni applauded Mkhabela for “good work” and encouraged other officers to do the same.

Funeka appeared briefly in the Pietermaritzburg Magistrate’s Court yesterday and was remanded in custody until December 17.

A licensed 9 mm pistol was also recovered and will be sent for ballistic tests to establish if it was used in any other crimes in the province.

They went to a tavern in the area and found the suspect with a 9 mm Norinco pistol and four rounds of ammunition.

The man was arrested and charged with possession of unlicensed firearm and ammunition.

We live in a world where facts and fiction get blurred
In times of uncertainty you need journalism you can trust. For only R75 per month, you have access to a world of in-depth analyses, investigative journalism, top opinions and a range of features. Journalism strengthens democracy. Invest in the future today.
Subscribe to News24
Related Links
Public urged to refrain from vigilantism
KZN police nab 959 suspects in festive season crackdown
Police seize 52 firearms, arrest 40 in festive season operation
Next on Witness
Sign up for the Witness newsletter today

Read more on:
pietermaritzburgarrest
Daily Poll
The meeting between President Cyril Ramaphosa and former President Jacob Zuma has been shelved after Zuma refused to engage over his refusal to attend the Zondo commission. What are your thoughts on this?
Please select an option Oops! Something went wrong, please try again later.
Zuma is entitled to do what he feels is right for him
16% - 27 votes
Zuma should have met with the President
23% - 38 votes
Here comes trouble. It can't end well.
61% - 101 votes
Previous Results
Latest Issue