‘Do not drive at night’

This truck carrying paraffin was set alight early on Sunday morning on the N3 towards Hilton, just past the Liberty Midlands Mall.PHOTO: SHARIKA REGCHAND

Don't drive at night, the N3 Toll Concession (N3TC) has warned motorists and truckers after 12 trucks were torched on KZN roads at the weekend. There were also attacks in Gauteng, and in the Eastern and Western Cape.

Criticism has been levelled at the police for not preventing the latest round of attacks, as notice of more attacks had been given through posters in public places threatening that with effect from Sunday, “enough is enough” and the taking of jobs was not going to be allowed, referring to a campaign against “foreigners” being employed as truck drivers.

Furthermore, on Friday, the Positive Freight Solutions NPC, an employers’ association, obtained an urgent interdict from the Pietermaritzburg high court to prevent the looting of trucks, harming of drivers and the burning of trucks. Last week a driver was killed in an attack on a truck on the N3.

The interdict was granted against those believed to be responsible: the All Truck Drivers Forum NPC and businesspeople Sipho Zungu, Cele Khumbulani, Mncebe Sihle and Nkosenye Buthelezi. From April to date, there have been over 90 incidents where trucks have been burned and their drivers threatened or seriously assaulted.

Kershnie Govender, attorney for Positive Freight Solutions NPC, said yesterday that the latest incidents were in retaliation for the interdict.

She said: “There should have been proper communication between Crime Intelligence and the SAPS to set up and implement procedures and practices to prevent the incidents.

“There should have been tactical response teams, patrols and stations at strategic hotspots,” she said.

Police spokesperson Nqobile Gwala said that a task team has been formed to investigate and police operations have intensified to ensure visibility. 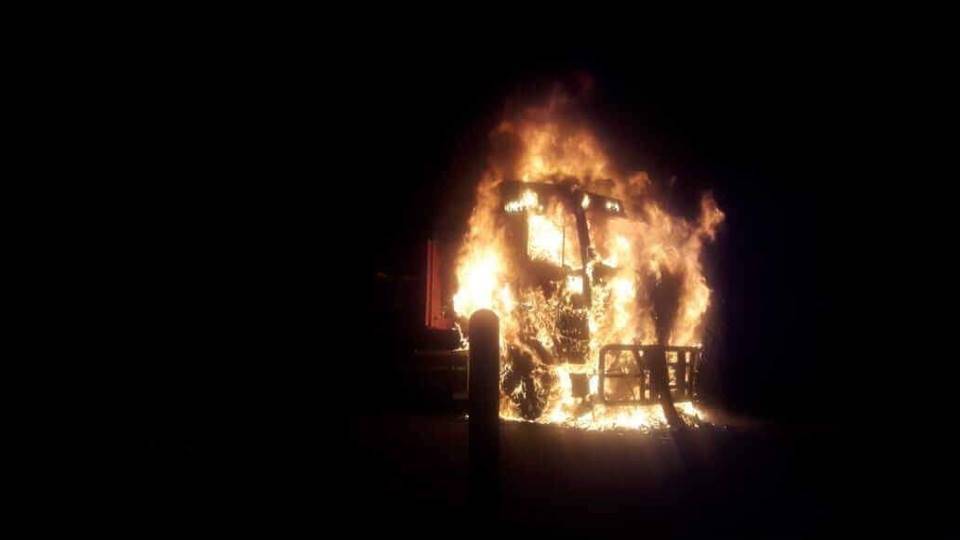 She said that two trucks were set alight on the N3 near the Liberty Midlands Mall, another in the Mountain Rise area, one in Dalton, five at a truck stop in Inchanga on the R103 and one each at Bayhead in Durban, Mooi River and Colenso.

At Cato Ridge, gunmen opened fire at a truck, but did not set it alight. No injuries were reported.

All Truck Drivers Forum’s Sipho Zungu has distanced himself and forum members from the attacks.

“We do not do these things. I think people are trying to twist the focus, pin it on us … I am not involved. If someone can prove I have been involved in anything on the road, they must stand up and put it in writing,” he said.

Zungu said the forum was being blamed because it is fighting a “good fight which is sitting down on the table and asking for justice that every job opportunity in SA be created for South Africans”.

A truck driver who came under attack on the N3 near the mall relayed his terrifying ordeal. He did not want to be named for fear of being targeted.

The man said that a white 4x4 bakkie with four occupants drove alongside him and opened fire. The bakkie then stopped in front of his truck and three men got out and opened fire.

“I ran as fast as I could,” he said, adding the men then opened fire on the truck which had been following him.

When he turned back to see what was going on, his tanker, carrying para­ffin, had been set alight.

The N3 was still closed late yesterday as clean-up continued.

The N3 Toll Concession (N3TC) has warned road users to try to avoid travelling at night and if they have to, to take precautionary steps.

Its commercial manager, Con Roux, said: “Disruptive actions by protesters, mostly aimed at the trucking industry, are often opportunistic and unpredictable and mostly occur under the cover of darkness.” Roux said road users must check traffic conditions before and during a trip. Any suspicious activity such as stationary vehicles and trucks and objects being placed in the road should be reported to the N3TC Helpline at 0800 63 4357.

We live in a world where facts and fiction get blurred
In times of uncertainty you need journalism you can trust. For 14 free days, you can have access to a world of in-depth analyses, investigative journalism, top opinions and a range of features. Journalism strengthens democracy. Invest in the future today. Thereafter you will be billed R75 per month. You can cancel anytime and if you cancel within 14 days you won't be billed.
Subscribe to News24
Next on Witness
One killed in N3 crash in Pietermaritzburg

Read more on:
pietermaritzburgtrucks burnt
Daily Poll
Load shedding is a reality in South Africa with experts saying if the system fails, stage 8 cuts could be on the cards. What do you think can be done to end load shedding?
Please select an option Oops! Something went wrong, please try again later.
We can all try using less electricity
2% - 1 votes
Deal with the rot within Eskom
32% - 20 votes
Find alternative power sources outside Eskom
67% - 42 votes
Previous Results