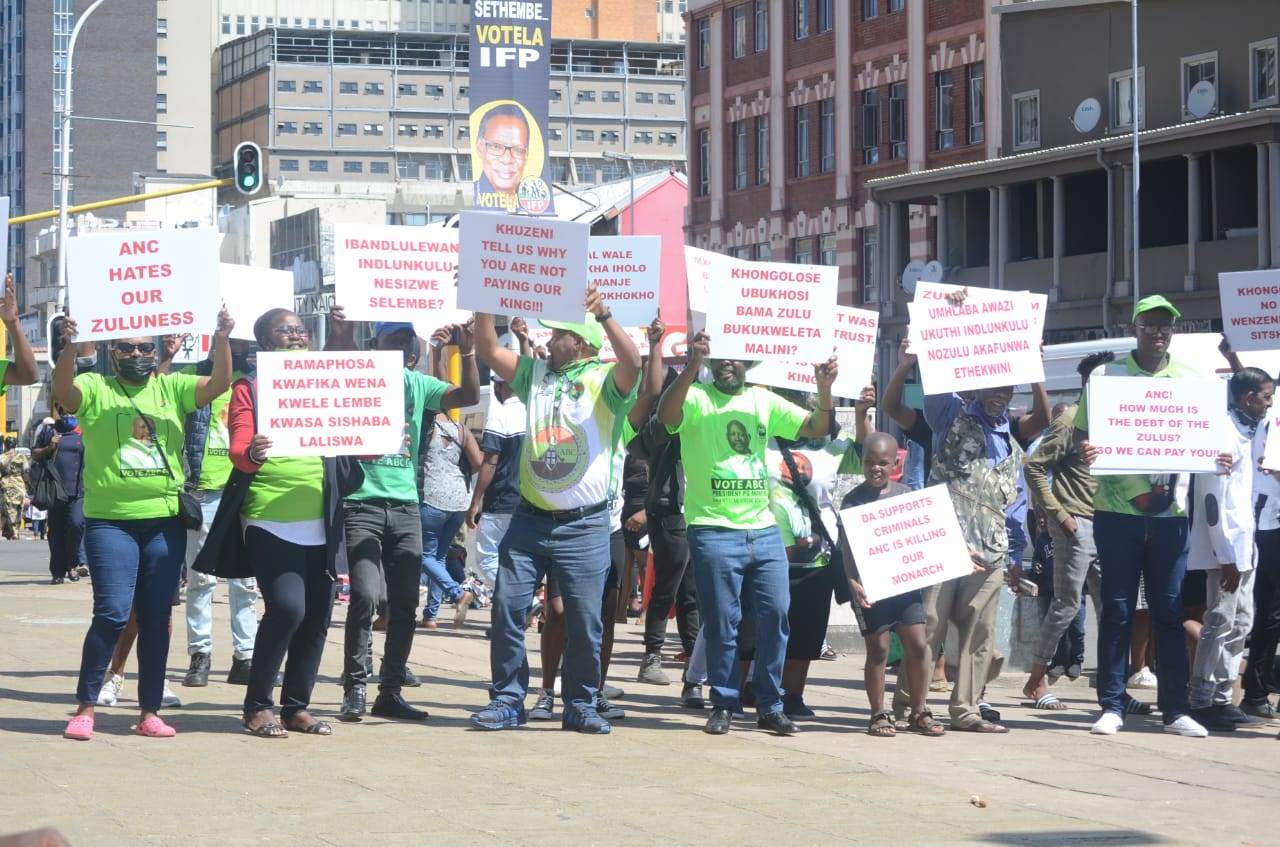 President of the ABC Philani Mavundla (middle) leads a march in Durban to show their dissatisfaction over how government has handled the disputed Zulu kingship matter.

The Abantu Botho Congress (ABC) picketed in the Durban CBD on Monday to show their dissatisfaction over how government has handled the disputed Zulu kingship matter.

The president of the ABC Philani “PG” Mavundla said they felt that the ANC-led government had failed to give King Misuzulu kaZwelithini the respect and recognition they believed he deserved.

Last month The Witness reported that the KwaZulu-Natal provincial government had distanced itself from the commemoration of all Zulu royal activities, pending the finalisation of the dispute over the throne.

Support independent journalism
Subscribe to News24 for just R75 per month to read all our investigative and in-depth journalism. You can cancel any time.
Subscribe
Already a subscriber? Sign in
Next on Witness
Man shot multiple times in Umhlanga, Durban

Read more on:
kzn governmentking misuzulu kazwelithiniphilani mavundlasihle zikalalakwazulu-natalzulu royalspicketpaymentsuccession
Daily Poll
The proposed amendments in the racing and gambling sector Bill in KZN have received strong opposition. Do you take part in gambling or betting?
Please select an option Oops! Something went wrong, please try again later.
Yes, I do
9% - 16 votes
The most I ever do is take a lottery ticket
46% - 81 votes
I’m dead against it. I will never gamble or bet
22% - 39 votes
I’m too broke to gamble
24% - 42 votes
Previous Results