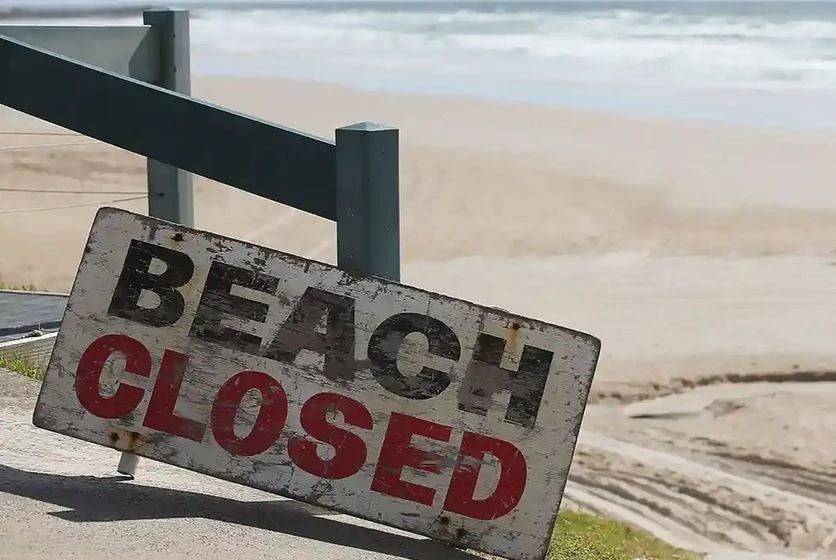 The eThekwini Municipality said it was “irresponsible” for United Phosphorus Limited to issue a statement saying that Durban north beaches are safe to be re-opened.

Beaches along Durban’s north coast have been closed since July following a toxic spill from the UPL chemical warehouse in Cornubia.

The warehouse was torched during the July civil unrest, allegedly by looters.

Following a R171 million clean-up by UPL, the agrochemical giant has issued two statements indicating that the beaches are safe to be re-opened.

However, in a statement issued by eThekwini on Thursday morning, the City said the beaches will remain closed until they are done conducting peer review studies on the research it received from UPL on September 24.

“The review process has not been made any easier by UPL’s declaration last week of additional previously undisclosed product volumes. This after the submission of their final report recommending beaches to be reopened,” the statement reads.

The closure of the beaches has had a devastating impact on the tourism and hospitality sector in Durban, as previously reported by The Witness.

“The City understands the impact that the beach closure has had on the public and tourism in the area. It is not something that the City has taken lightly, however, it must be noted that the public’s health is of critical importance and this is our priority,” the statement reads.

Earlier this month, the Department of Environment, Forestry and Fisheries (DEFF) released a preliminary report stating that the UPL warehouse was operating without the required environmental licenses.

The City said the chemicals that spilled into the rivers and beaches were ‘highly toxic’ and they cannot take the decision to reopen the beaches lightly.

“While extensive efforts have been made to rectify and remediate the polluted environments, the City still has the responsibility to ensure the safety of its residents and beachgoers and has therefore required scientific evidence that the beaches are safe for use,” added the City in its statement.

The beaches will remain closed until the peer review study is completed.

We live in a world where facts and fiction get blurred
In times of uncertainty you need journalism you can trust. For only R75 per month, you have access to a world of in-depth analyses, investigative journalism, top opinions and a range of features. Journalism strengthens democracy. Invest in the future today.
Subscribe to News24
Next on Witness
Pedestrian killed in KZN crash

Read more on:
upldurbankznpietermaritzburgkwazulu-natalbeaches closedpollution
Daily Poll
South African MPs on Tuesday rejected a bill to amend the Constitution to make land expropriation without compensation lawful. What are your thoughts on the matter?
Please select an option Oops! Something went wrong, please try again later.
I’m happy the bill was rejected
90% - 62 votes
I’m angry that it was rejected
6% - 4 votes
It doesn’t affect me, so it doesn’t matter
4% - 3 votes
Previous Results