Two bodies have been recovered from Umgeni River after a helicopter crashed into the river by the Umgeni interchange on the N2 northbound on Monday morning.

Kyle van Reenen, from Emer-G Med, said when paramedics arrived at the scene, they found that a Robinson 22 helicopter was fully submerged under the water.

"A rescue operation was launched by members of the South African Police and Emer-G-Med's Search and Rescue Units. Both pilot and co-pilot were found entrapped in the aircraft and sadly were pronounced deceased on the arrival of paramedics.

"It is speculated that the cause of the crash is that of a bird strike, however, the Aviation authorities will conduct the necessary investigations accordingly," said Reenen.

Traffic has been backed up on the N2 Umgeni interchange as police conduct investigations on the site. 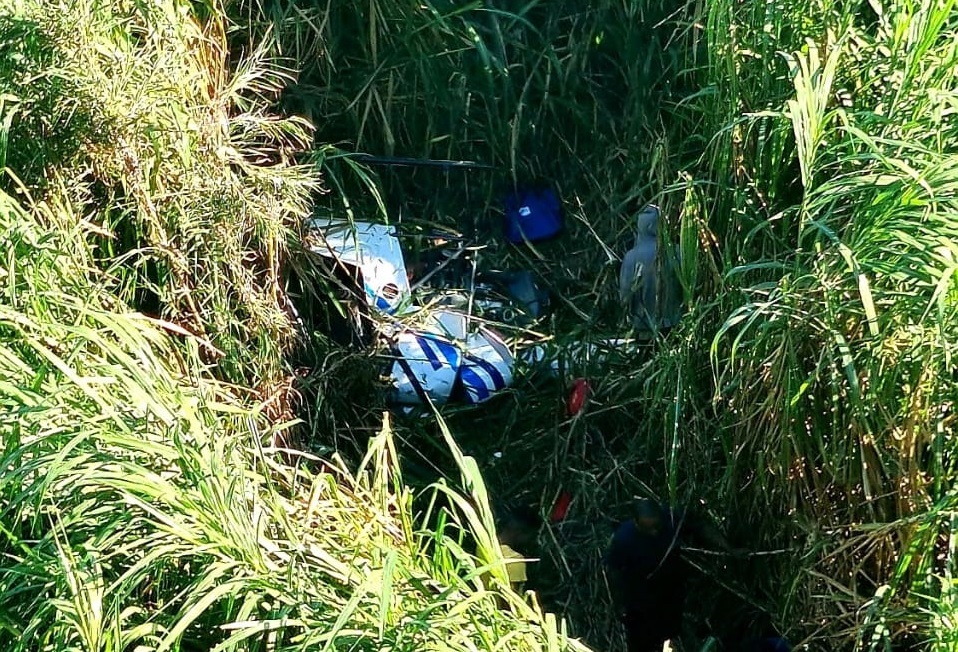 Parts of the helicopter that crashed into the Umgeni River.
Emer-G Med Parts of the helicopter that crashed into the Umgeni River.
Emer-G Med
We live in a world where facts and fiction get blurred
In times of uncertainty you need journalism you can trust. For only R75 per month, you have access to a world of in-depth analyses, investigative journalism, top opinions and a range of features. Journalism strengthens democracy. Invest in the future today.
Subscribe to News24
Next on Witness
Zikalala calls on Biden to step in on Myeni case

Read more on:
n2kznpietermaritzburgumgeni riverdurbankwazulu-natalaccidenthelicopter crash
Daily Poll
South Africa's government is considering a proposal for polyandry to be legally recognised as a form of marriage in the country. Polyandry is a form of polygamy in which a woman has more than one husband. What are your thoughts on the matter?
Please select an option Oops! Something went wrong, please try again later.
This is just madness
56% - 48 votes
I think it’s fair. If men can do it, women should also be allowed to do it
44% - 37 votes
Previous Results
Latest Issue