Owner of Max's Lifestyle in Durban rushed to hospital after shooting 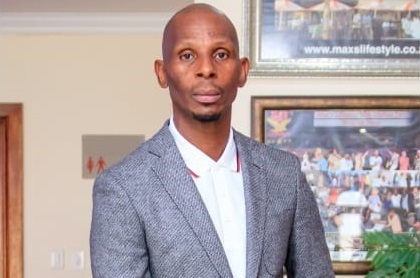 Owner of the popular Max's Lifestyle restaurant in Umlazi, Durban, is in hospital after being shot twice on Thursday night.

According to police, Max Mqadi (51) was attacked by unknown gunmen after leaving his business premises in Umlazi, Durban.

“He sustained two gunshot wounds, however he was able to drive to Florida Road where he sought assistance. He was taken to a local hospital where he is reported to be in a stable condition,” said Naidoo.

Police in Umlazi are investigating a case of attempted murder.

Mqadi is a celebrated local hero after he turned his small butchery shisa nyama into one of the country's most popular restaurants.

We live in a world where facts and fiction get blurred
In times of uncertainty you need journalism you can trust. For only R75 per month, you have access to a world of in-depth analyses, investigative journalism, top opinions and a range of features. Journalism strengthens democracy. Invest in the future today.
Subscribe to News24
Next on Witness
Stage 2 load shedding from Saturday night

Read more on:
kznumlazipietermaritzburgkwazulu-nataldurbanshootingcrime
Daily Poll
Are you feeling the pain at the petrol pumps?
Please select an option Oops! Something went wrong, please try again later.
Yes, it’s worrying
33% - 91 votes
No, I hardly use my car anymore
4% - 12 votes
I worry about the knock-on effect on everything else
62% - 169 votes
Previous Results