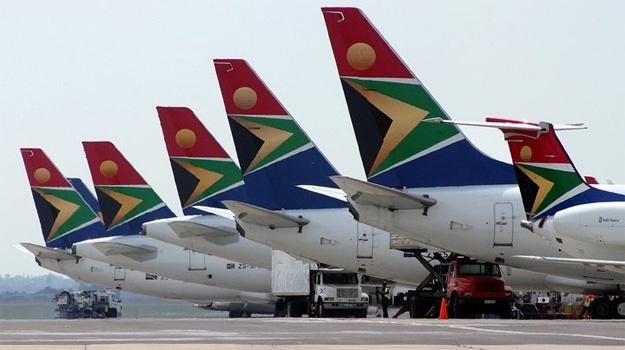 SAA to resume flights to Durban.

The KwaZulu-Natal tourism and business sectors are set to reap the benefits of the resumption of South African Airways (SAA) and Qatar Airways flights from Durban’s King Shaka International Airport.

This follows SAA’s announcement that its first scheduled flight will take off from OR Tambo International to King Shaka International on March 4. This will be the first time in almost two years since the airline exited the route. SAA said it will fly the route seven days per week at least three times a day on a return service between the two cities.

SAA’s return to King Shaka Airport follows closely behind Qatar Airways resumption of flights from KwaZulu-Natal on January 14. The Doha-based airline will initially make four flights a week out of the city.

“The past 20 months since SAA terminated the Durban route have been particularly difficult.”
Ravi Pillay, MEC for Economic Development, Tourism and Environmental Affairs

Qatar Airways withdrew its flights to Durban ahead of the festive season over Covid-19 related health and safety concerns.

“The resumption of SAA and Qatar Air flights between Durban and Johannesburg [and] Durban and Doha respectively will benefit the tourism sector, which remains one of the greatest creators of employment in the economy of KwaZulu-Natal,” said Premier Sihle Zikalala.

“Efficient and regular aviation services are necessary if we are to increase visits to our province, to grow tourism numbers and to create jobs up and down the value-chain,” said Zikalala.

MEC for Economic Development, Tourism and Environmental Affairs Ravi Pillay said the announcement on the resumption of flights comes straight after positive tourism numbers during the festive season which were anchored on high occupancy rate of around 80% during the Christmas week.

“The past 20 months since SAA terminated the Durban route have been particularly difficult. However, as government we never stopped engaging SAA even as the airline was repackaging its business model,” said Pillay.

He said that Qatar Airways provides KwaZulu-Natal with connectivity to over 150 markets around the world.

“With our vaccination programme well underway, the reintroduction of Qatar Airways allows us to revive our connectivity to strategic global markets, while rebuilding our relationships with both business and leisure travellers as well as service the demands of our airfreight market directly from Durban.” said Pillay.

We live in a world where facts and fiction get blurred
In times of uncertainty you need journalism you can trust. For 14 free days, you can have access to a world of in-depth analyses, investigative journalism, top opinions and a range of features. Journalism strengthens democracy. Invest in the future today. Thereafter you will be billed R75 per month. You can cancel anytime and if you cancel within 14 days you won't be billed.
Subscribe to News24
Related Links
Audit regulator dismissed 2017 complaint against ex-SAA director implicated in Zondo report
OPINION | Airline tie-up for Kenya and SA: possible rewards, possible risks
Plenty of bidders for Mango - but none delivers 'acceptable' proof of funding
Next on Witness
Passanger killed after jumping out of a moving taxi in KZN

Read more on:
durbankznpietermaritzburgkwazulu natalqatar airwayssaaflightsairport
Daily Poll
AfriForum has launched a legal bid to have the five-year renewal of drivers’ licences scrapped. What are your thoughts on the matter?
Please select an option Oops! Something went wrong, please try again later.
I agree. The renewals are a waste of time and money
89% - 99 votes
The department has to keep a check on drivers somehow
9% - 10 votes
It makes no difference to me - I drive without a licence anyway
2% - 2 votes
Previous Results