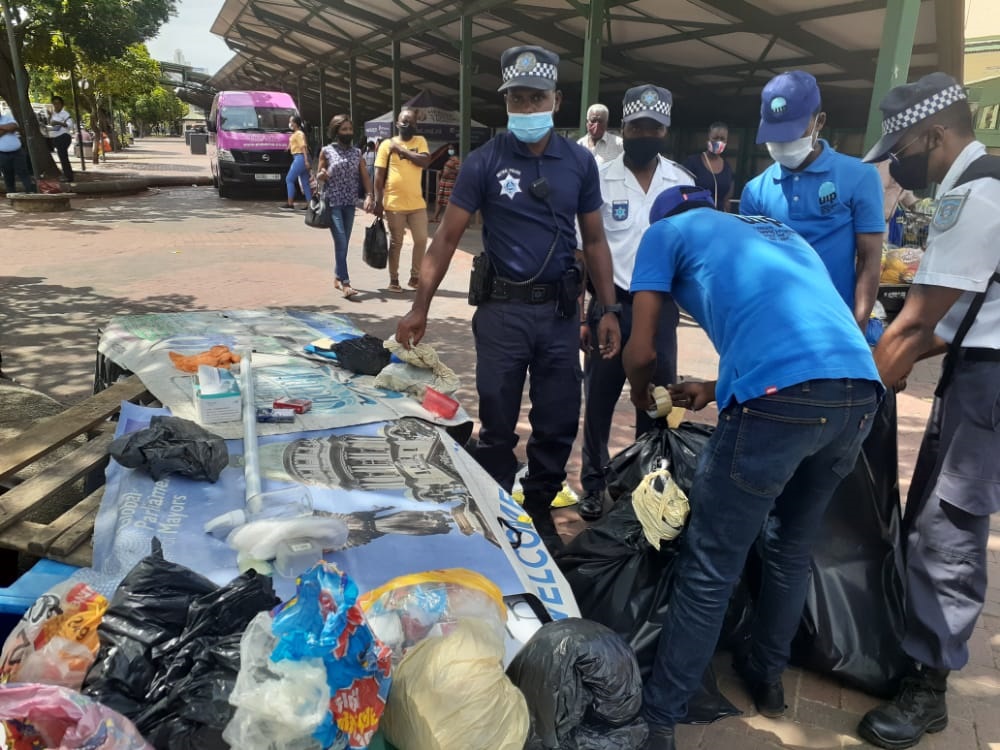 Police arrested 16 people during a raid in Durban on Friday.

The multi-disciplinary operation comprised of various units in the SAPS, Metro Police, Home Affairs, Department of Labour and other stake holders. The operation was conducted at various areas in the Durban CBD.

Illegal posters were removed, and the team also checked for compliance in terms of the Disaster Management Act as well as non-compliance of the municipal by-laws.

Two people were arrested after they were found in possession of illegal firearms.

Police said a total 32 fines were issued for offences such as trading without a permit, failing to comply with police instructions and other offences.

A total of 49 bags of goods were seized by police during the operation.

Gonya  said these operations will be on-going in the Durban CBD.

We live in a world where facts and fiction get blurred
In times of uncertainty you need journalism you can trust. For only R75 per month, you have access to a world of in-depth analyses, investigative journalism, top opinions and a range of features. Journalism strengthens democracy. Invest in the future today.
Subscribe to News24
Related Links
Operation Vala ‘unfair to street traders’
Two eThekwini game rangers killed in a hail of bullets in Chatsworth
Gogo (80) found tied, murdered in Pietermaritzburg
Next on Witness
DUT extends deadline for registrations to April 16

Read more on:
policesapspietermaritzburgkwazulu-natalkzndurbancrime
Daily Poll
A teacher found guilty of sexual misconduct relating to the job will never be able to work in a public school in South Africa again, under new employment rules from the Department of Basic Education. What are your thoughts on this?
Please select an option Oops! Something went wrong, please try again later.
This is a step in the right direction by the department.
0% - 0 votes
At last! What took them so long?
60% - 3 votes
Each case should be weighed on its merits rather than having a blanket approach.
40% - 2 votes
Previous Results
Latest Issue