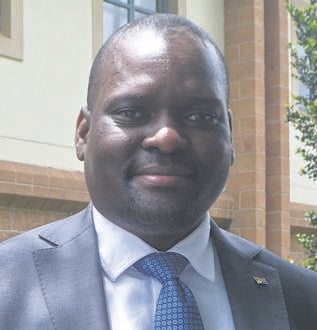 An upright leader, a deep thinker, and a true servant of the people is how people have described the Deputy Speaker at the KZN Provincial Legislature, Mluleki Ndobe (46), who took his life on Saturday.

The ANC deputy provincial secretary, Ndobe, was reportedly battling prostate cancer and had been in and out of hospital in recent months as he was undergoing chemotherapy.

Provincial police spokesperson Colonel Thembeka Mbele said the Ndobe family were in their Durban home when the incident happened.

“When he was sitting on the chair in the main bedroom he asked for water [and] when the deceased’s wife was fetching water she heard a gunshot sound from the main bedroom.

“She then went to investigate and found her husband seated on the chair with one gunshot wound on his left chest (heart).”

Mbele said Ndobe used his private firearm and it was found lying next to him on the bedroom floor.

“No suicide note was found and there were no suspicions that the deceased might commit suicide.”

Ndobe joined the legislature after last year’s general elections after having served as the mayor of the Harry Gwala District Municipality for eight years. During his tenure he also served as the South African Local Government Association in KZN.

Speaker at the legislature, Nontembeko Boyce, who worked closely with him, said Ndobe belonged to the generation of leaders who dedicated their lives to serving the people with distinction.

“That is why he continued to offer his services to the people of KwaZulu-Natal even during the time when he was ill.

“He will be missed for his ability to unite members of the legislature across the political spectrum towards a common goal,” she said.

Boyce said Ndobe, who was a qualified teacher, would also be remembered for his love for education.

She said after obtaining his education degree, he continued to broaden his horizons and received an MBA at Mancosa.

He was studying towards his doctorate at the University of KwaZulu-Natal.

“As Africans and in the spirit of ubuntu, we would not want to dwell on the negatives surrounding some of the allegations levelled against him.”
NFP secretary-general Canaan Mdletshe

Last year he was arrested in connection with the 2017 murder of ANCYL leader Sindiso Magaqa, but the charges were later dropped due a lack of sufficient evidence linking him to the crime.

Political leaders from across the country have paid tribute to Ndobe.

The DA’s Zwakele Mncwango said they had different perceptions when Ndobe joined the legislature but he proved to be an honourable person.

“A lot can be said about him but people who worked closely with him will agree that he was very humble and respectful.”

NFP secretary-general Canaan Mdletshe said one of the greatest lessons they learned from him was that he never put his political ambitions ahead of everything else.

“We were still expecting so much from him. As Africans and in the spirit of ubuntu, we would not want to dwell on the negatives surrounding some of the allegations levelled against him. The NFP remembers Ndobe as a father, husband, a politician and a servant of the people.”

Leader of the IFP, Velenkosini Hlabisa, said: “Even when chairing the meetings of the legislature, he always demonstrated fairness, open mindedness and respect of other people’s views.

“It is unfortunate that his sudden and untimely death has robbed him the opportunity to contribute further in shaping the lives of our people.”

We live in a world where facts and fiction get blurred
In times of uncertainty you need journalism you can trust. For only R75 per month, you have access to a world of in-depth analyses, investigative journalism, top opinions and a range of features. Journalism strengthens democracy. Invest in the future today.
Subscribe to News24
Related Links
Hit-busters on a roll
ANC may reconsider Ndobe’s candidacy
Shock arrest over KZN hit
Next on Witness
KZN teen among five SA matrics chosen for scientific adventure in Antarctica

Read more on:
durbanpietermaritzburgkwazulu-natalsuicidecancergun shotkzn legislature
Daily Poll
In the midst of KwaZulu-Natal seeing what Premier Sihle Zikalala described as "deaths on a catastrophic scale", are you feeling uneasy about venturing outside your home?
Please select an option Oops! Something went wrong, please try again later.
I am really worried about going out. I avoid it at all costs.
37% - 47 votes
I still have to go to work each day
38% - 48 votes
If I take precautions, I'll be okay so it doesn't worry me too much
19% - 24 votes
I'm not at all worried
6% - 7 votes
Previous Results
Latest Issue