WATCH | Five people, including a baby, rescued from burning building in Durban Five people, including a baby, were rescued from a burning in Durban on Friday morning.
Supplied

Five people including a baby have been rescued from a burning building in Durban.

According to paramedics on the scene, the fire broke out at one of the top floors Xinhua Distribution Centre.

“There is a language barrier as most of the occupants are Chinese,” he said.

Van Reenen said firefighters rescued two people from the upper floors. One suffered moderate burns, while the other was injured after jumping out the window from the burning building.

who were in a moderate condition, they were taken to hospita

By noon, Van Reenen said all occupants had been rescued but final sweeps were being conducted on every floor.

No deaths or serious injuries have been reported at this point.

The Xinhua Distribution Centre stores clothing and accessory items in its warehouses which are bought in bulk by business owners. 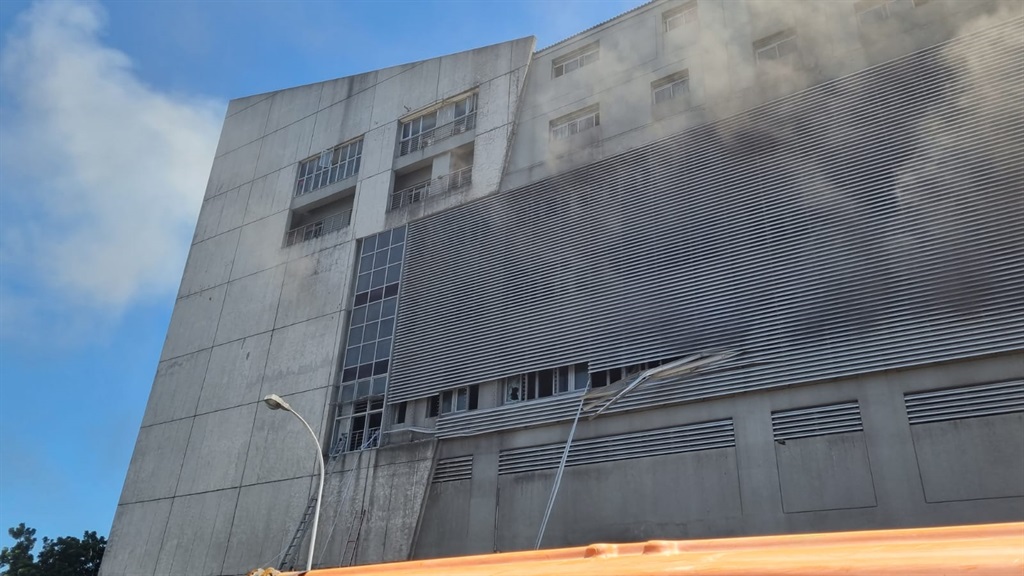 Five people, including a baby, were rescued from a burning in Durban on Friday morning.
Supplied
We live in a world where facts and fiction get blurred
In times of uncertainty you need journalism you can trust. For 14 free days, you can have access to a world of in-depth analyses, investigative journalism, top opinions and a range of features. Journalism strengthens democracy. Invest in the future today. Thereafter you will be billed R75 per month. You can cancel anytime and if you cancel within 14 days you won't be billed.
Subscribe to News24
Next on Witness
PICS | Public warned not to try killing snakes after an injured black mamba was rescued

Read more on:
durbankznpietermaritzburgkwazulu-natalfire
Daily Poll
Arts and Culture Minister Nathi Mthethwa is being criticised for defending government’s controversial plan to erect a flag at Freedom Park in Pretoria to the tune of R22 million. What are your thoughts on this matter?
Please select an option Oops! Something went wrong, please try again later.
It’s worth the price as it will help foster social cohesion
3% - 2 votes
A R22 million flag is absolutely ridiculous
42% - 30 votes
There are better things they could spend that money on to help the poor
56% - 40 votes
Previous Results