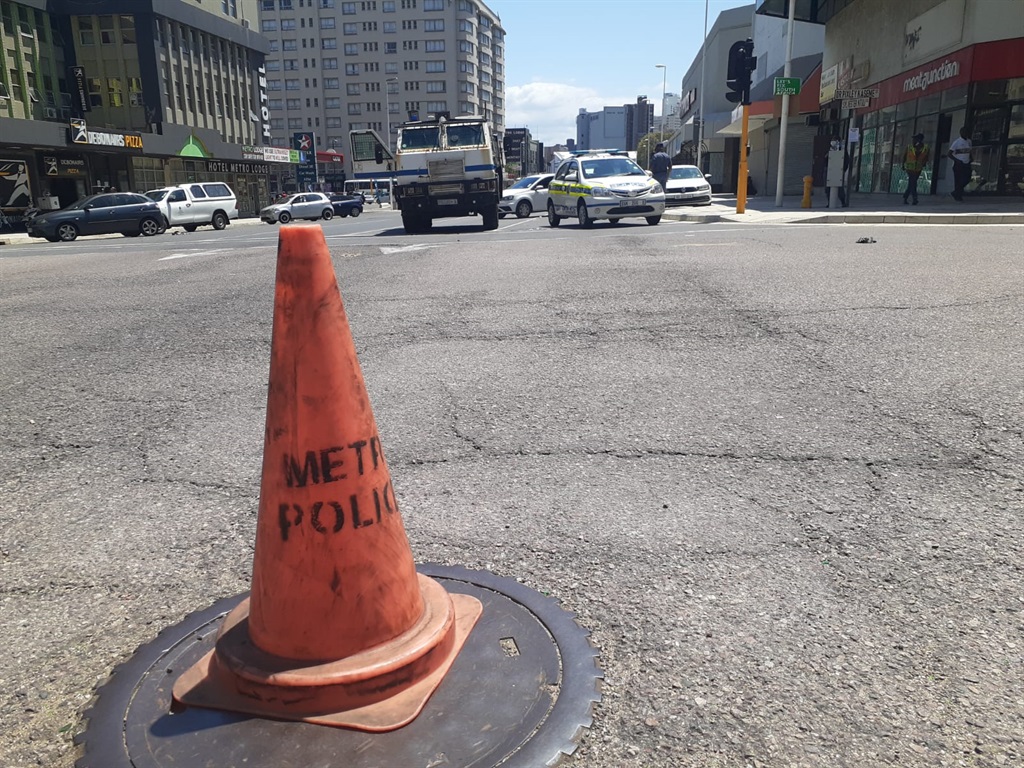 Police have blocked off roads near the Seaboard Residence in Durban South Beach following a student protest.
Thabiso Goba

A burning mattress and other projectiles were thrown out of windows into the street as students protested over Wi-Fi connectivity issues in Durban's CBD.

This led to police having to block off roads near the Seaboard Residence in Durban South Beach following Tuesday morning's protest.

The glass door entrance to the building was smashed and litter was being scattered on the street. The glass door to the entrance of the residence was smashed during the protest.
Thabiso Goba Ashes from items that the protesting students were burning.
Thabiso Goba

The residence contains a mixture of University of KwaZulu-Natal and Mangosuthu University of Technology students along with regular residents.

Gift Phewa, a UKZN student, told The Witness that students have been complaining for a long time about the Wi-Fi issues at the residence.

“All universities are using online teaching and we cannot be still raising Wi-Fi issues today. If a student fails because they could not submit their assignment, there is no lecturer that's going to understand that it was due to Wi-Fi issues,” he said.

Security guards and officials from UKZN arrived at the scene to consult with the students.

A heavy police presence was still monitoring the area at midday on Tuesday.

We live in a world where facts and fiction get blurred
In times of uncertainty you need journalism you can trust. For only R75 per month, you have access to a world of in-depth analyses, investigative journalism, top opinions and a range of features. Journalism strengthens democracy. Invest in the future today.
Subscribe to News24
Next on Witness
Kidnapped Nigerian man found dead near a bush in Durban

Read more on:
durbankznpietermaritzburgkwazulu-natalstudent protestukzn protests
Daily Poll
The IFP has called on the Education Department to ban all matric ‘pens down’ celebrations. What are your thoughts on this matter?
Please select an option Oops! Something went wrong, please try again later.
Ban those parties. We’re in a middle of a pandemic
61% - 76 votes
Don’t ban them, they are a rite of passage
18% - 22 votes
I never approved of such parties anyway
21% - 26 votes
Previous Results