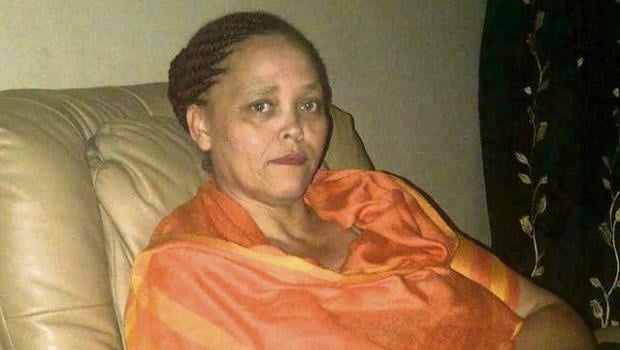 But in a bizarre twist, a lawyer apparently acting on instruction from Goss, Mlungisi Mbokazi, who first threatened to sue the journalist and The Witness, recanted his story and denied ever making the threat in the first place or that Goss was his client

Since then Goss has removed all the names of the fake leadership from her website and disabled their fake Facebook profiles, including removing the name and photo of one “leader” which was the identity of a deceased woman from the U.S.

The church website with regards to its content and photos, which Weekend Witness revealed had been plagiarised and lifted from other websites, now has a disclaimer: “Ministry material provided by many well wishes and contributors worldwide. Thank you all. Amen”.

Furthermore the church’s fake youth movement and its photos, once claimed as the church’s own, carries the sentence: “Many youth all around the world from all denominations and backgrounds here on our site are taking up the challenge to make a difference and change in our societies”.

Goss, who is currently facing a criminal charge for the theft of air-conditioners from a local business, confirmed last week she was the same Goss that The Witness had exposed as an alleged multiple fraudster in 2014.

She also admitted starting the church in December 2015 was her way of changing her life, yet the church’s Facebook page still claims it was started in 1980 and was the recipient of an award from “Unicef” in 2011.

The church also claims to have gained awards for “Christian Fellowship 2013”, a “Excellence Community Service 2010” and “Bible Graduation Class Merit 2010”.

The Witness made numerous attempts to contact Goss. She did eventually answer the phone but once the journalist introduced himself she hung up. She did not respond to an SMS sent asking for her comment on the recent changes within the church. Attempts were also made to reach Goss via the fuel and oil company she belongs to known as Tasonite. None of the telephone numbers worked. The business, based in the suburb Cinderella Park, Pietermaritzburg, claims to be based at “Cinderella Office Park” and claims to be the “Best Oil Lube and Filter Services in Pietermaritzburg”.

IN JUST 20 minutes, a lawyer claiming to be acting for Lerlin Goss, went from threatening to sue The Witness and a journalist, to having no recollection of having made the call in the first place.

Mlungisi Mbokazi, who works at the law firm Surendra Singh and Associates, phoned the journalist by midday on Friday claiming to represent Goss, who is also known as Lerlin Williams. While he refused to say which firm he belonged to or provide any contact details, he said: “[Lerlin Goss] informs me you have been harassing her and threatening to write some stories on her. She is now thinking of bringing an application to sue the paper and sue you and take you to harassment court.”

When Mbokazi was asked to pose questions to his client and for his contact details, he said “she [Goss] has a constitutional right to not say anything”.

The Witness then, through several enquires, ascertained Mbokazi worked at the law firm Surendra Singh and Associates. The paper phoned the firm and requested clarification on the possible legal challenge, to which the secretary said she would make enquiries.

Shortly thereafter the journalist contacted Mbokazi, who confirmed he had been contacted by his law firm and then made the claim that he couldn’t remember the earlier phonecall and that while he knew “of Goss and her family”, he could not say whether he represented her or not. “I couldn’t have said that,” he said when asked to clarify his statement on the possible legal challenge. He said he would have to examine his phone records to ascertain if he made the call which was made from his phone while he was on lunch.

When contacted two hours later Mbokazi would not admit he was Goss’s lawyer or recall his legal threat to The Witness.

We live in a world where facts and fiction get blurred
In times of uncertainty you need journalism you can trust. For only R75 per month, you have access to a world of in-depth analyses, investigative journalism, top opinions and a range of features. Journalism strengthens democracy. Invest in the future today.
Subscribe to News24
Related Links
Family renounce fugitive Goss
Goss ‘used Jika Joe links to keep creditors at bay’
Next on Witness
‘Matric class of 2021 has shown most resilience’, says KZN Education MEC

Daily Poll
How did the first day of school go for your child yesterday?
Please select an option Oops! Something went wrong, please try again later.
All was calm, they were happy to be back
66% - 39 votes
There was some reluctance
15% - 9 votes
Big drama with lots of tears
19% - 11 votes
Previous Results