Another scorching day in store for KwaZulu-Natal 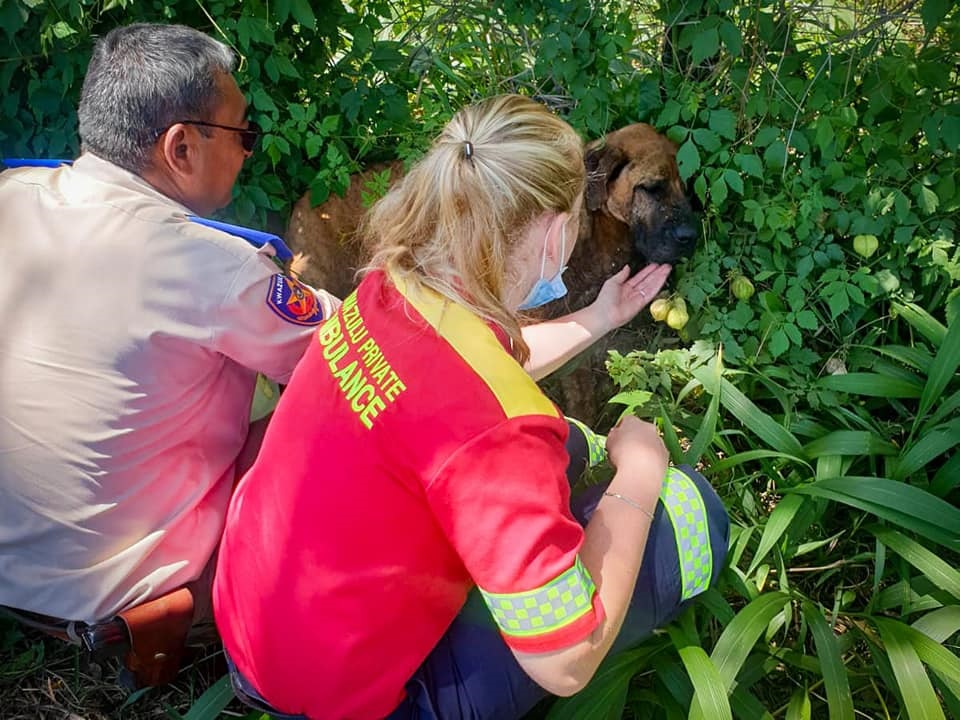 KwaZulu-Natal residents are in for more scorching temperatures across the province on Friday.

On Thursday, parts of the province saw temperatures peaking at 43° Celsius in areas such Margate and Mthunzini.

He said temperatures were expected to go down a bit on Thursday evening, but warned people must expect “pretty similar” scorching conditions on Friday.

Dlamini said Pietermaritzburg was expected to reach a high of 32° C on Friday, while in Ladysmith could go up to 35° C.

He said temperatures were expected to cool down on Saturday with a high possibility of rainfall.

Despite Pietermaritzburg only reaching 39° C on Thursday, many locals recorded higher temperatures on their car thermometers.

Both Jessica Leigh Jenkins sent a photo to The Witness that shows her car thermometers recording 50° C, while Owen Barnabas said his thermometer recorded 45° C on Thursday. Another local resident, Colette Van Loggerenberg, said they kept their doors and curtains closed in a bid to keep cool. “Keeping curtains and doors closed with our fan on, our little flat is cool while we relax watching a movie.”

Several warnings were sent out by emergency services companies about the risks of dehydration, hyperthermia, heat exhaustion and heatstroke which could pose real threats to people’s health, particularly to vulnerable children and elderly individuals.

Many schools across the province cancelled all outdoor and sporting activities yesterday.

Yvette Schoeman of Amberglen Retirement Village, said despite their residents being independent, they all stayed indoors for most of yesterday.

They found the large but friendly dog limping along on the N3 with burn injuries to her feet from the scorching hot tar.

“Kwazulu Private Ambulance Service appeals to animal owners to remember their furry companions during this time and the upcoming summer, keep your friends cool and hydrated,” he said.

Botha added that anyone who had lost a boerboel must to please contact Woodhouse SPCA.

Netcare 911 spokesperson, Shawn Herbst, said that they had to respond to two construction workers in New Germany and Umhlanga Ridge who were dehydrated because of the heat.

He said the construction worker in Umhlanga did not only collapse but he was also vomiting because he was working in the sun with no shade or water to drink.

Herbst added that the other construction worker in New Germany was working with sand in a warehouse that had no ventilators or water taps.

“It is important for people to stay hydrated during this time, carrying bottles of water helps a lot and carrying sun hats and umbrellas can also help in minimising the heat people feel,” he said.

We live in a world where facts and fiction get blurred
In times of uncertainty you need journalism you can trust. For only R75 per month, you have access to a world of in-depth analyses, investigative journalism, top opinions and a range of features. Journalism strengthens democracy. Invest in the future today.
Subscribe to News24
Related Links
A sweltering 44°C today, then lots of wet and cold.
Musician from KZN collapses and dies at ANC concert in blazing hot Bloemfontein.
Abandoned week-old baby in shopping bag true fighter after surviving extreme heat.
Next on Witness
New Covid-19 variant may affect KZN South Coast tourism