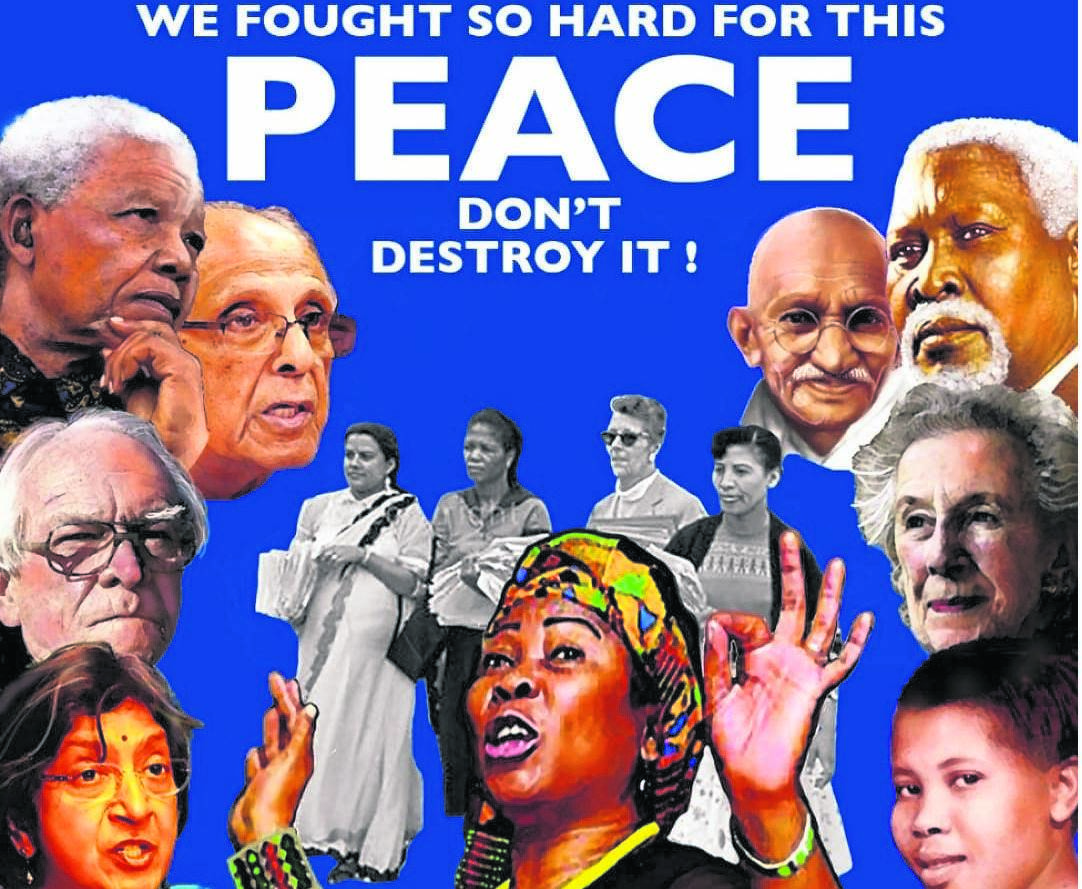 An idea of what Nanda Soobben’s painting will look like.

A political cartoonist is trying to heal divisions between Phoenix and neighbouring areas with a mural of peace activists.

Nanda Soobben said his paintings will be situated along the border regions of the Phoenix Peace Park, where much of the violence occurred during July’s civil unrest.

The mural will be a collection of black, Indian and white peace activists such as Alan Paton, Victoria Mxenge, Helen Suzman, Mahatma Gandhi and Nelson Mandela.

Read more on:
durbankznpietermaritzburgphoenixchatsworthracial tensionsunrest
Daily Poll
Do you know who the ward councillor in your area is?
Please select an option Oops! Something went wrong, please try again later.
Yes
42% - 51 votes
No
58% - 71 votes
Previous Results