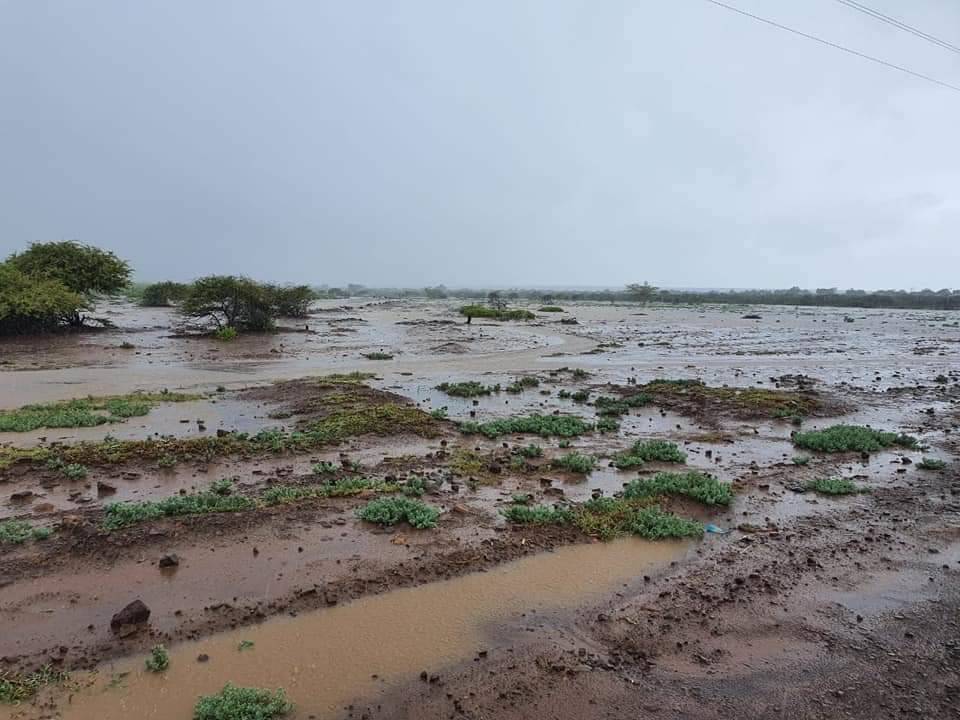 Heavy rains from tropical storm Eloise caused flooding in parts of northern KZN. In Jozini, flooding forced a family to evacuate their home in eMkhonjeni.

A teenager has died and hundreds of people in the northern parts of KwaZulu-Natal have lost their homes as a result of tropical storm Eloise.

Sipho Hlomuka, the MEC for the Department of Co-operative Governance and Traditional Affairs (Cogta), said the 14-year-old boy drowned on Monday in KwaShoba, which forms part of ward 13 of the Abaqulusi district in Zululand.

Details of the incident remain sketchy, but disaster management teams are providing the family of the teenager with support, he added.

Two boys were also injured in flooding at Esilweni, in Abaqulusi, when their house collapsed on Monday. They were taken to the hospital and have since been released.

In the Jozini Local Municipality, in the Mkhanyakude district, heavy rainfall and flooding affected 280 households and 916 people.

“There were approximately 175 completely destroyed houses and 110 partially destroyed houses,” Hlomuka said. “This devastation left 35 families homeless, however, it was fortunate that there were no injuries or fatalities reported.

“Interim relief is being provided to the affected families in the form of blankets, tents, sponges and mattresses, food parcels and temporary shelters for displaced families.”

Cogta also reported that a number of roads were flooded and blocked as a result of the heavy rains in the Mkhanyakude district.

Staff from the Department of Transport have been tasked with clearing the D1836, D1834, D1830, D9 and P44 and re-gravelling roads where necessary.

In uPhongolo, Zululand, seven homes were destroyed and a further six left partially damaged. No injuries or fatalities were reported.

Hlomuka said residents needed to remain alert as the South African Weather Service has warned that more rain is expected this week.

“We continue to monitor the situation on the ground as conditions are expected to become potentially more dangerous as the ground is already saturated with excess water from the rains,” the MEC added.

We live in a world where facts and fiction get blurred
In times of uncertainty you need journalism you can trust. For only R75 per month, you have access to a world of in-depth analyses, investigative journalism, top opinions and a range of features. Journalism strengthens democracy. Invest in the future today.
Subscribe to News24
Next on Witness
Stones found in Ladysmith are not diamonds - Experts confirm

Read more on:
cogtakwazulu-natalpietermaritzburgabaqulusidurbanstormscyclonedisaster managementdrowningsevere weather eventeloise
Daily Poll
What are your thoughts on South African companies implementing a mandatory vaccination policy in the workplace?
Please select an option Oops! Something went wrong, please try again later.
I’m for it
40% - 36 votes
That’s ridiculous, no one should ever be forced to be vaccinated
60% - 54 votes
Previous Results
Latest Issue