Fewer road deaths in KZN in the first half of December 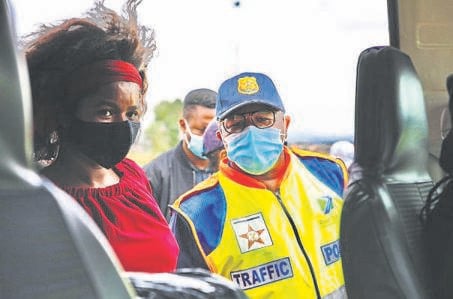 There have been fewer accidents on KZN’s roads than in previous years, Premier Sihle Zikalala said on Sunday.

The province has recorded 130 fatalities from December 1 to 19, compared to 159 fatalities recorded during the same period last year.

Transport Minister Fikile Mbalula, who was in the province on a festive road safety campaign on Sunday, nevertheless expressed concerns over motorists who continue to drink and drive, and urged the province’s residents to avoid unnecessary trips over the festive season.

Read more on:
sihle zikalalafikile mbalulakwazulu-natalpietermaritzburgkzndrunk drivingfestive seasonaccidents
Daily Poll
National Treasury says around R38 billion will be given to businesses and people to help them recover from the recent looting. What are your thoughts on this matter?
Please select an option Oops! Something went wrong, please try again later.
It seems like a good amount
27% - 37 votes
I don’t think it will be enough
31% - 43 votes
I’m not sure yet, we’ll wait and see
42% - 57 votes
Previous Results
Latest Issue