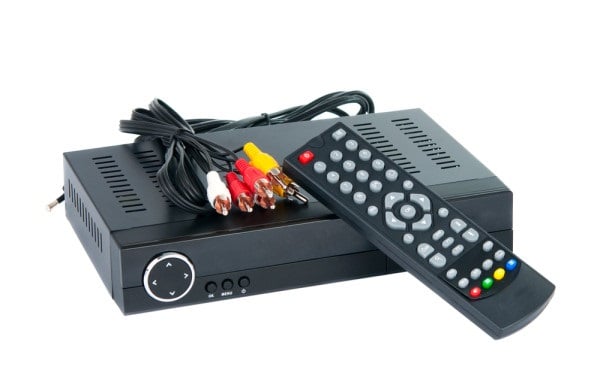 An example of a digital signal decoder.

Qualifying households have been urged to apply for a free government-subsidised decoder (also called a set-top box) at their local post office.

“Qualifying households do not have to pay anything for the set-top box — it is free,” said SA Post Office’s Johan Kruger.

During the 2021 state of the nation address, President Cyril Ramaphosa announced that South Africa must complete the migration to digital broadcast by March 31, 2022.

“All South African households with an income of R3 500 per month or less and a working television set qualify for a government subsidised set-top box.”
Johan Kruger, SA Post Office communications manager

“The analogue television signal will be switched off and only digital television transmissions will be broadcast.

“Analogue television sets will then only work if they are connected to a decoder,” said Kruger.

“All South African households with an income of R3 500 per month or less and a working television set qualify for a government subsidised set-top box,” said Kruger.

Qualifying beneficiaries must visit their nearest post office branch as soon as possible with their SA identity document, proof of address and an affidavit to confirm that the family has a working television set.

“Even if your local Post Office is very busy with grant payments, rest assured: if you apply for a subsidised set-top box, you will go into a separate queue.”
Johan Kruger, SA Post Office communications manager

Kruger said they must also bring a bank statement or affidavit to confirm that the family income is R3 500 per month or less.

He added that the Post Office branches had standard affidavits that the applicants could use to declare their income, to confirm that they own a working television set, and to confirm their residential address.

“You do not need to visit a police station to do an official affidavit before you go to the Post Office. Once an application has been approved, the information is given to Sentech to appoint a local installer to install your set-top box,” he said

Kruger added that the SA Post Office was aware that some families registered for a set-top box at the beginning of the campaign, but the installation had not been done yet. Installations are done per province and appointment of local installers is done by Sentech via local municipalities. There is no need to re-register to make sure you receive a set-top box.

“Even if your local Post Office is very busy with grant payments, rest assured: if you apply for a subsidised set-top box, you will go into a separate queue.

“If you are a Sassa beneficiary and you have a working television set, remember that you qualify for the subsidised set-top box.”

Kruger sad the quality of digital television broadcasts was better than an analogue signal. The subsidised set-top box also gives a much bigger selection of channels as it had 22 television channels and 19 radio stations.

We live in a world where facts and fiction get blurred
In times of uncertainty you need journalism you can trust. For only R75 per month, you have access to a world of in-depth analyses, investigative journalism, top opinions and a range of features. Journalism strengthens democracy. Invest in the future today.
Subscribe to News24
Related Links
Our viewpoint | SABC’s household levy
‘Uzalo’ star Khowa working on cartoon series based on SA’s struggle history
WATCH | Durban Tik Tok star’s big acting break
Next on Witness
Newly elected uMhlathuze Municipality mayor in KwaZulu-Natal has resigned

Read more on:
kznpietermaritzburgkwazulu-nataltvpost office
Daily Poll
The IFP has called on the Education Department to ban all matric ‘pens down’ celebrations. What are your thoughts on this matter?
Please select an option Oops! Something went wrong, please try again later.
Ban those parties. We’re in a middle of a pandemic
62% - 76 votes
Don’t ban them, they are a rite of passage
17% - 21 votes
I never approved of such parties anyway
21% - 26 votes
Previous Results