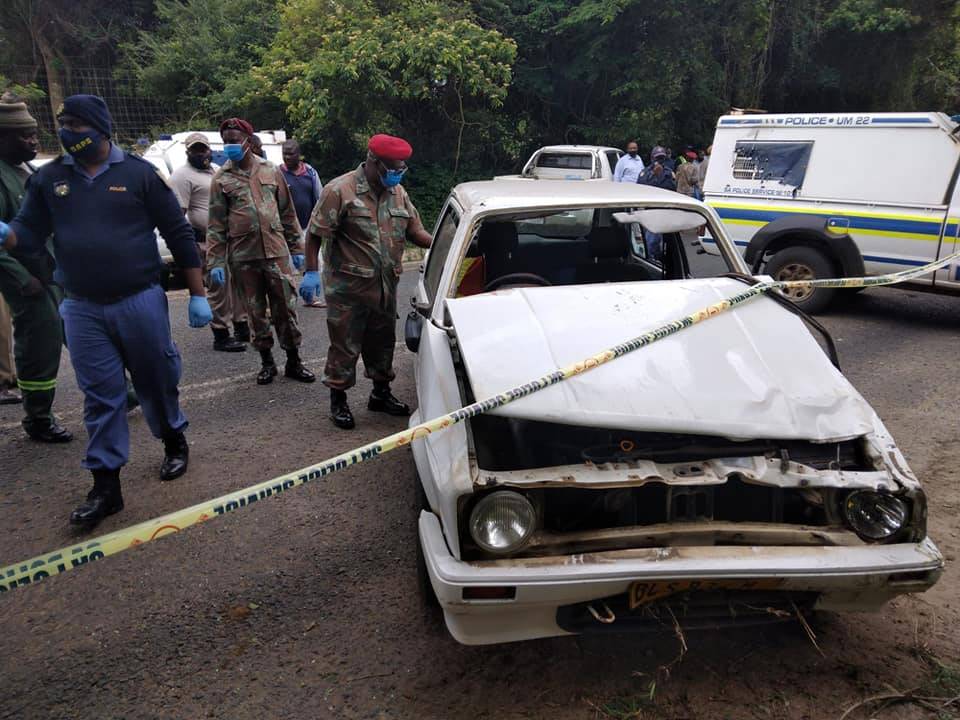 Police and members of the SANDF gathered at the scene. PHOTO: supplied

Another KZN Induna was shot and killed in Mtubatuba, north of KZN on Tuesday morning.

Norman Celumusa Msane (58) was driving along the R618 on Tuesday morning when unknown armed men ambushed him.

The Witness established that Msane was also a member of the South African National Defence Force (SANDF). He sustained multiple gunshot wounds to his body and succumbed to his injuries.

KZN police spokesperson Colonel Thembeka Mbele said Msane was found dead in an SANDF military car that he was driving.

“Upon arrival at the scene police discovered a SANDF military vehicle with a 58-year-old man seated in the driver’s seat who had multiple gunshot wounds to the body. The circumstances surrounding the incident are unknown and a case of murder has been opened at Mtubatuba SAPS for further investigation,” Mbele said.

We live in a world where facts and fiction get blurred
In times of uncertainty you need journalism you can trust. For only R75 per month, you have access to a world of in-depth analyses, investigative journalism, top opinions and a range of features. Journalism strengthens democracy. Invest in the future today.
Subscribe to News24
Next on Witness
Five dead following multiple collision in Greytown in the KwaZulu-Natal Midlands

Read more on:
durbankznpietermaritzburgmtubatubakwazulu-natalcrimemurder
Daily Poll
Are you feeling the pain at the petrol pumps?
Please select an option Oops! Something went wrong, please try again later.
Yes, it’s worrying
39% - 32 votes
No, I hardly use my car anymore
4% - 3 votes
I worry about the knock-on effect on everything else
57% - 47 votes
Previous Results