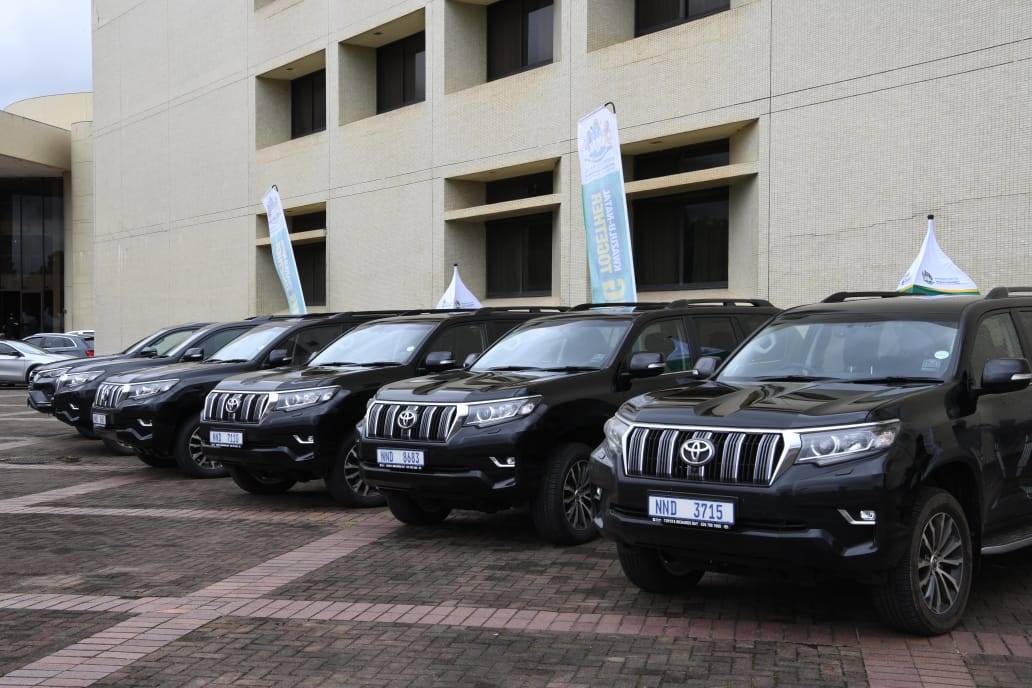 He said the KZN government was also in the process of carrying out renovations to the king’s palaces. He died in March.

“We thought it was important that we fulfil everything that we committed to do to His Majesty King KaBhekuzulu.

“We had agreed to complete purchasing the cars for the queens, and that is what we are doing today.

“We had also agreed that we would complete renovations in the palaces. We have also introduced contractors who will do that work,” said Zikalala.

Premier Sihle Zikalala @sziks accompanied by two MEC’s met with the Zulu Royal House to fulfil the commitment made to the late His Majesty King Goodwill Zwelithini kaBhekuzulu to refurbish palaces and handed over new vehicles for the use by the Queen Mother and the Queens. pic.twitter.com/BsXtDFT55t

The premier said processes to do the renovations were disrupted by Covid-19 and they also decided to give the royal family time to mourn.

Early this year, the Zulu royal household’s annual budget from the KZN government was slashed by R5 million after Premier Zikalala allocated R66 million to new AmaZulu King Misuzulu Zulu KaZwelithini and his family for the 2021/22 financial year.

“We cannot have events while the processes of appointing the new king are still ongoing,” he said.

“The policy of government that we’re following is in line with the prescript from national government, that for political office bearers you don’t buy a car that cost more than R800 000. Each of the cars here cost below R800 000,” said Zikalala.

He added that it was in both the interest of the KZN government, as well as people in KZN, that the royal family is supported and taken care off.

Read more on:
premier sihle zikalaladurbankwazulu-natalkznpietermaritzburgsouth africazulu royal familyking misuzulu kazwelithiniking zwelithini
Daily Poll
Load shedding is a reality in South Africa with experts saying if the system fails, stage 8 cuts could be on the cards. What do you think can be done to end load shedding?
Please select an option Oops! Something went wrong, please try again later.
We can all try using less electricity
1% - 1 votes
Deal with the rot within Eskom
36% - 26 votes
Find alternative power sources outside Eskom
63% - 46 votes
Previous Results