Netcare bolsters capacity ahead of expected surge in coastal provinces 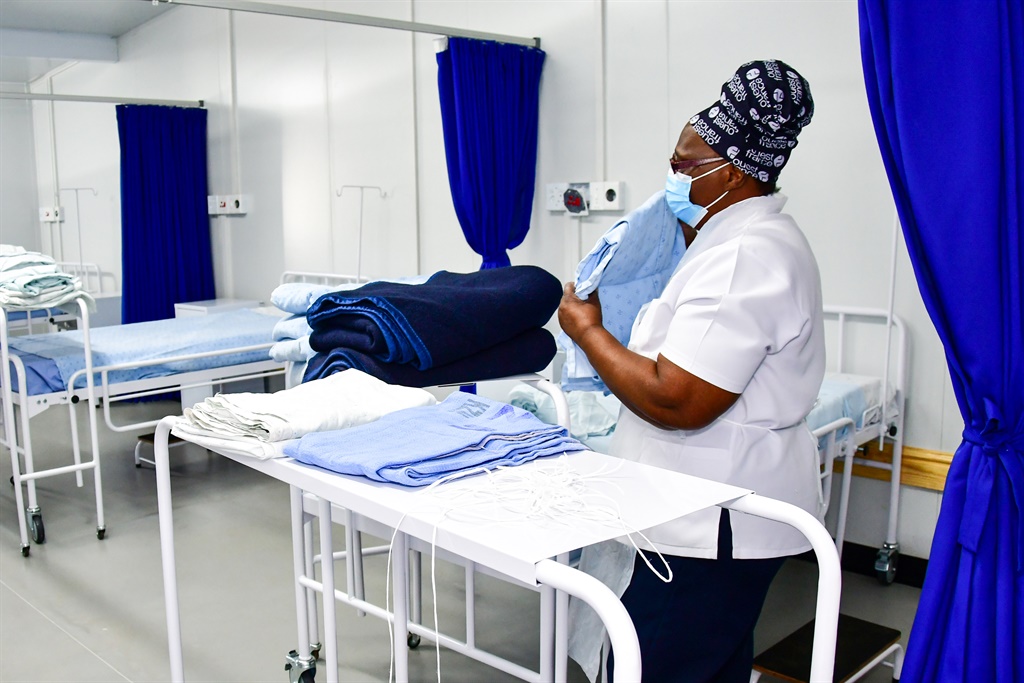 Dr Richard Friedland, CEO of Netcare, on Wednesday said that the surge in Covid-19 cases and high admissions to hospitals in Gauteng are directly linked to the emergence of the Delta variant in South Africa.

“Initial modelling suggested that Gauteng would experience a third wave, which would be lower than the second wave but may last longer, in other words, the so-called ‘lower for longer scenario’.

“This appeared to be the case until the first week of June 2021, when the daily number of positive cases started to break the trend, rising exponentially on June 15. Since then, it has been increasing rapidly – far exceeding the peak of both the first and second waves in Gauteng.

“Data released on Tuesday, June 29, 2021, confirms that the Delta variant was responsible for 53% of cases sampled in early June and 75% towards the end of June,” said Dr Friedland. He said the Delta variant is approximately 50 to 60% more transmissible than the Beta variant, which was responsible for the second wave in South Africa. This explains the mounting surge in cases and admissions to hospitals.

“It also explains why we have seen whole families, school-going children, and younger people testing positive and why we have now seen the admission of patients in their twenties and thirties affected by the virus,” he added.

The new Covid-19 Delta variant has been detected in at least five provinces and is now the dominant strain in SA.

Friedland said Netcare welcomes the adjusted level 4 measures announced by President Cyril Ramaphosa, as this should have a material impact in helping to curtail the further spread of Covid-19 in the coastal regions, while aiding in flattening the curve.

“We however remain extremely concerned about the current situation in densely-populated Gauteng, and while these restrictions may have come too late to flatten the curve in the province, it will certainly lessen the number of infections and admissions to hospitals,” explained Friedland.

Given the Delta variant’s increased transmissibility, Dr Friedland said it is now more important than ever to practise safe social distancing, fastidious attention to the wearing of masks, regular washing of hands, the use of sanitiser and avoiding social gatherings. In the absence of a completed vaccine roll-out we must rely on the strictest possible non-pharmaceutical preventive measures.

“Vaccination remains a vitally important step in the fight against Covid-19, and it is crucial that individuals are registered and vaccinated as soon as they become eligible. Now, more than ever before, given the emergence of the highly contagious Delta variant, it is critical that everyone takes Covid-19 extremely seriously,” urged Friedland.

He said vaccination has so far proved to be extremely effective in protecting frontline workers. Of over 33 000 Netcare frontline workers vaccinated only 206 or 0.6% have experienced a breakthrough infection and of them, only seven required hospitalisation.

As a result of the prevalence of the highly transmissible Delta variant, Friedland said they have further strengthened and adapted their approach to ensure that they are ready, ahead of a potential surge in other provinces, to deal with the new risks in the most effective and efficient way.

We live in a world where facts and fiction get blurred
In times of uncertainty you need journalism you can trust. For only R75 per month, you have access to a world of in-depth analyses, investigative journalism, top opinions and a range of features. Journalism strengthens democracy. Invest in the future today.
Subscribe to News24
Next on Witness
Zuma expected to lay criminal charges against senior state prosecutor Downer