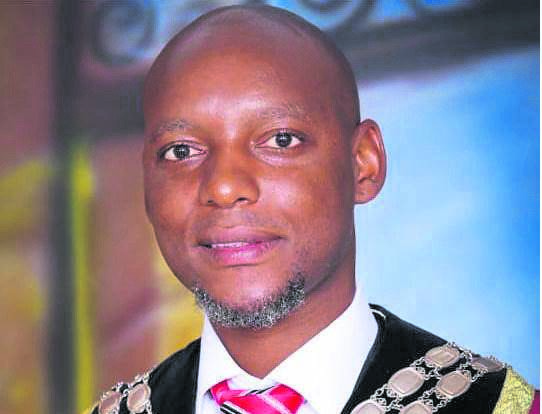 Newcastle Municipality Mayor Ntuthuko Mahlaba, has called for the killers of women and children to be declared as having committed a crime against humanity.

Mayor Mahlaba said this on Tuesday after welcoming a group of cyclists who are taking part in a gender-based violence (GBV) awareness campaign.

The cyclists are riding their bicycles from Soweto to Durban with the aim of drawing attention to GBV.

“As the Newcastle Municipality, we’ve firmly thrown our full support for this programme and have committed to bolster our efforts in the fight against gender-based violence in Newcastle,” he said.

The group proceeded to Newcastle High School, where they further addressed pupils.

“As we celebrate and commemorate Heritage Month, we need to consider that we’ve disregarded certain core values that exist within all our culture and heritage. The merciless, vile, cruel, despicable, and senseless killing of women and children continues to fragment and divide our society.”

He said the protection of women and children is enshrined in all religious and cultural doctrines.

“The act of gender-based violence is abnormal, alien and we need to confront it as speedily as possible.

“Today, I want to boldly declare that anyone responsible for the senseless killing of women and children, should be declared as having committed a crime against humanity.

“These criminals need to be severely punished and removed from society for good. I will personally lead this daring and audacious feat until all sectors of society realise that this radical call is a last resort in our fight against these heinous crimes,” he said.

Mahlaba said it is unfortunate and shameful that the latest statistics indicate that over ten thousand women have been raped, abused, and murdered in the last three months.

“These appalling figures do not reflect on the principle and fundamental values of any heritage or culture. Marcus Garvey once said that a people without the knowledge of their history, origin and culture is like a tree without roots. Historically, men have been protectors of women and children, that is our origin. We need to instil this historical discourse of protection of women and reflect on the methods that our forefathers used to confront this abnormal behaviour,” he said.