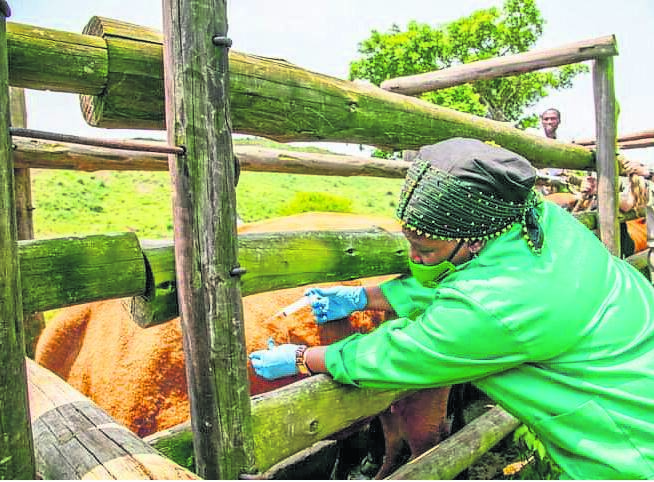 KwaZulu-Natal MEC for Agriculture and Rural Development Bongiwe Sithole-Moloi injects a cow during a Brucellosis awareness and vaccination drive in Dondotha last week.

Opposition parties want KZN MEC for Agriculture Bongiwe Sithole-Moloi to be more open about how the department is tackling the outbreak of bovine Brucellosis in the province.

Last month, the KZN Agriculture and Rural Development Department revealed that 423 cases of the animal-borne bacterial disease — which causes abortion, infertility, reduced milk production and weak joints in both livestock and humans — had been reported this year.

Seventy percent of the cases had been found at communal dip tanks in the north of the province, where there is reportedly poor compliance with Brucellosis vaccination and testing.

Read more on:
kznpietermaritzburgkwazulu-natalifpdaagriculture
Daily Poll
Do you know who the ward councillor in your area is?
Please select an option Oops! Something went wrong, please try again later.
Yes
43% - 40 votes
No
57% - 54 votes
Previous Results