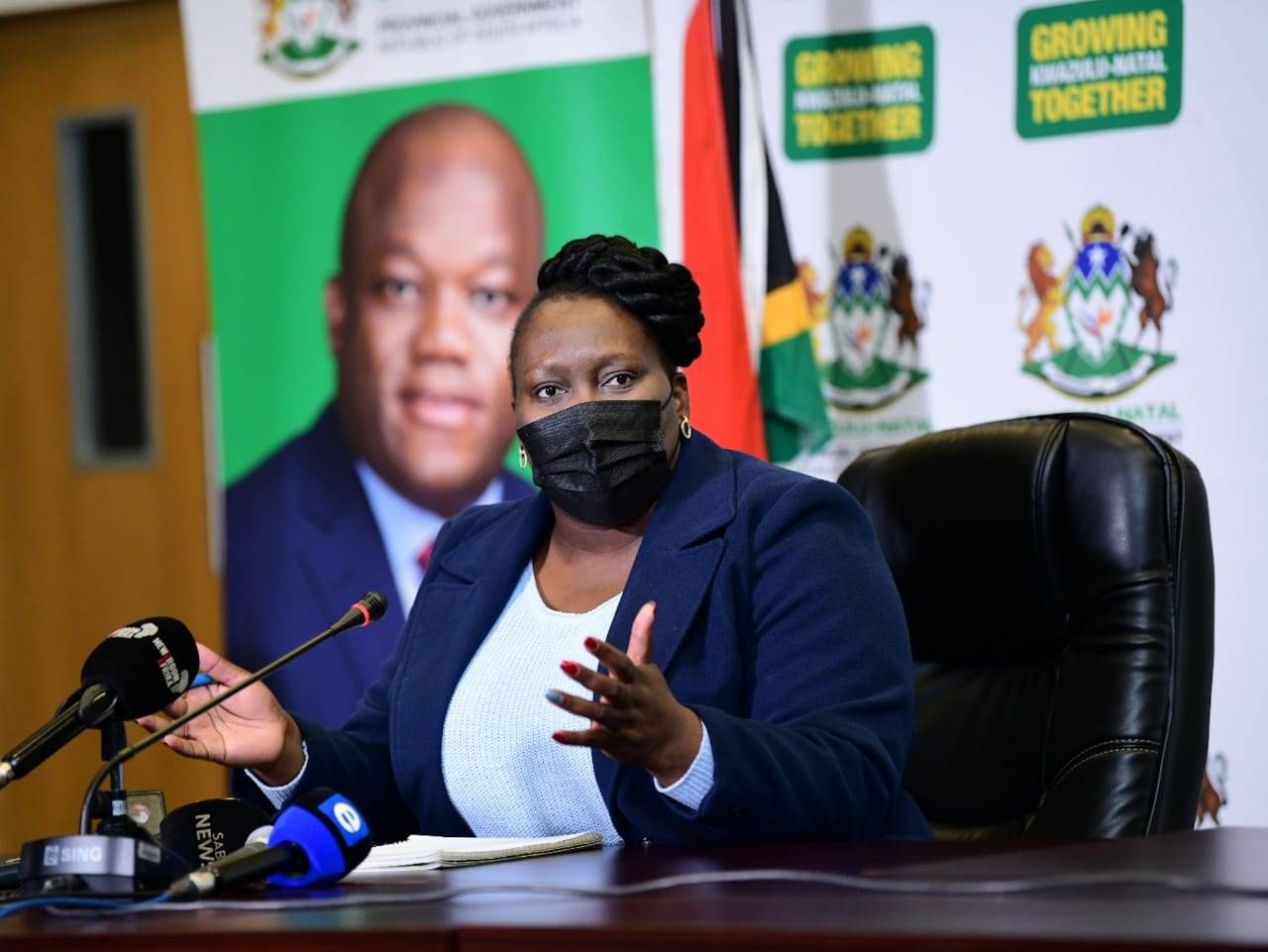 Nomagugu Simelane, Health MEC, declined to comment on her attending a ‘maskless’ party.

Opposition parties have slammed the “slap on the wrist” punishment that Health MEC, Nomagugu Simelane received for her “maskless” birthday party.

KwaZulu-Natal’s Premier Sihle Zikalala announced on Saturday that Simelane would have 50% of her next pay docked and she would have to make a public apology for her actions. He said he had also given her a warning.

Simelane came under scrutiny after videos emerged of her dancing and partying with a group of people without wearing a mask.

Support independent journalism
Subscribe to News24 for just R75 per month to read all our investigative and in-depth journalism. You can cancel any time.
Subscribe
Already a subscriber? Sign in
Next on Witness
Five-month old baby killed in N3 road accident

Read more on:
nomagugu simelanesihle zikalalapietermaritzburgkznkwazulu-natalpartypunishmentoppositionhealth meccovid
Daily Poll
Are you feeling the pain at the petrol pumps?
Please select an option Oops! Something went wrong, please try again later.
Yes, it’s worrying
33% - 92 votes
No, I hardly use my car anymore
5% - 14 votes
I worry about the knock-on effect on everything else
62% - 171 votes
Previous Results