Over 40 people were injured during a collision involving multiple vehicles on the N3 - Johannesburg bound in Hidcote, KZN Midlands region on Monday afternoon.

A fuel tanker also exploded and firefighters are currently busy on the scene trying to extinguish the fire.

Shawn Herbst, Netcare 911 spokesperson, said initial reports indicated that a bus, fuel tanker and multiple cars were involved in a collision leaving four people critically injured and at least 44 others with minor to serious injuries. Over 40 people were injured in a pile-up accident on the N3.
Netcare 911 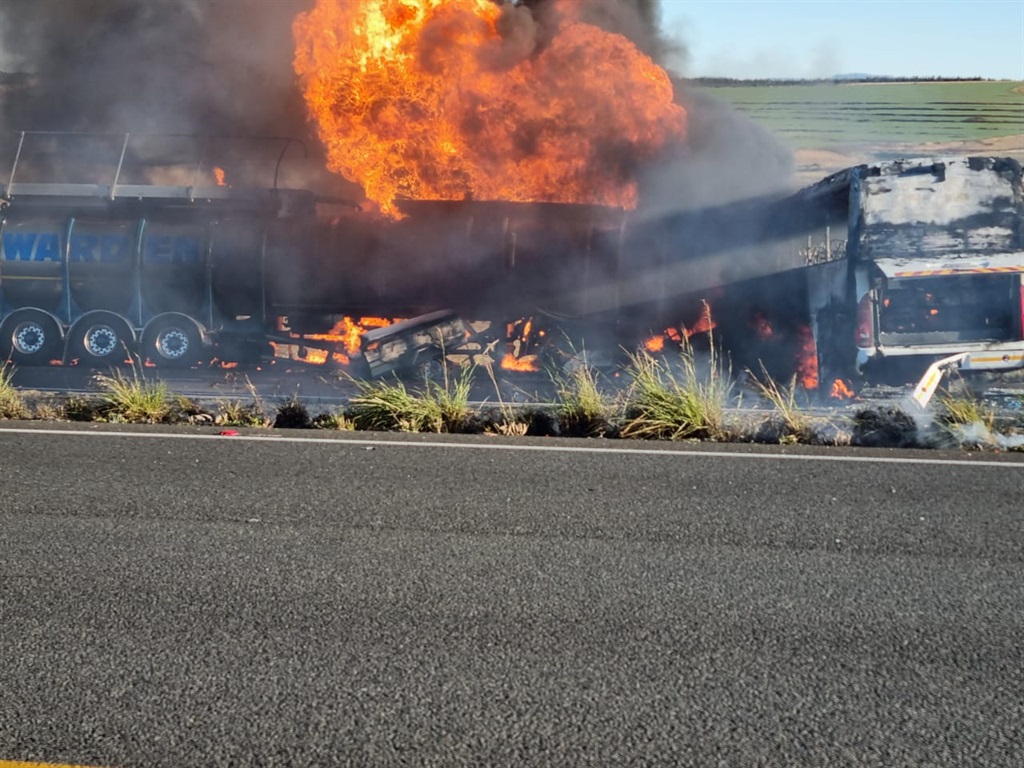 Over 40 people were injured in a pile-up accident on the N3.
Netcare 911

He said the fire and rescue services teams are currently on scene trying to extinguish the fire to determine if any deaths have occurred.

Both the south and northbound lanes of the N3 were still closed after 5 pm and motorists are encouraged to use alternative routes where possible.

She said by late Monday that rescue teams could not immediately establish what had happened due to the intensity of the fire.

“There are multiple injuries but we cannot say if there any fatalities as yet. The road is closed both south and north bound because of the chemicals on the truck. We also don’t know yet what happened as our teams are unable to get close,” Mngomezulu said shortly before 5 pm.

We live in a world where facts and fiction get blurred
In times of uncertainty you need journalism you can trust. For only R75 per month, you have access to a world of in-depth analyses, investigative journalism, top opinions and a range of features. Journalism strengthens democracy. Invest in the future today.
Subscribe to News24
Next on Witness
Protest action on the R622 in KZN

Read more on:
durbankznpietermaritzburgn3kwazulu-nataltruck accidentcrashaccidentpile-up
Daily Poll
Throngs of people descended on the KwaHlathi area, around Ladysmith in KwaZulu-Natal, at the weekend following rumours that diamonds had been discovered in the small village. It has not yet been confirmed if those were real diamonds or not. What are your thoughts on the matter?
Please select an option Oops! Something went wrong, please try again later.
I think people can be so gullible
40% - 35 votes
You never know, maybe they are real diamonds
41% - 36 votes
If I had the means, I would have also gone to see if I could get anything
18% - 16 votes
Previous Results
Latest Issue