PICS | Search for KZN floods victim on its third day The search for 29-year-old Xolani Dubazane is now on its third day after he was washed away while attempting to cross a flooded bridge in the Emmaus area, Bergville, on Tuesday.

Police search and rescue teams from Bergville, Ladysmith and Pietermaritzburg have spent hours searching the banks of the local river in the Magangangozi, where Dubazane was swept away.

Dubazane’s friend said he and Dubazane were on their way home when he got washed away.

“It was around 9 pm. Vehicles had stopped before the low rising bridge due to the water. We decided to cross it. We were halfway across when Dubazane’s foot slipped, and he fell. I could not catch him in time, and he was swept away by the water,” said the friend who asked not to be names. The bridge that was completely flooded with water on Tuesday evening, 11 January, that Xolani Dubazane had attempted to cross.PHOTO: CLAUDINE SENEKAL/Ladysmith Herald

The friend explained to the officers on the scene that everything happened so fast and that seconds later Dubazane was swept beneath the raging waters.

Local police officer, Warrant Officer Jaques Meyer was the first to arrive on the scene the following day and spent most of the day searching along the banks.

“The water was still fierce, with the river bursting and overflowing over low rising bridges.”

Meyer said he then followed along the river to the Driel Dam, where he spent some time searching the water surface but still no luck.

He later called in assistance from Pietermaritzburg. The officers with the assistance of the community started their search and walked close to 5 km along the twisting river. Water currents at some parts were too strong to search.

The community had advised the search team that Dubazane will probably be in the Driel Dam. 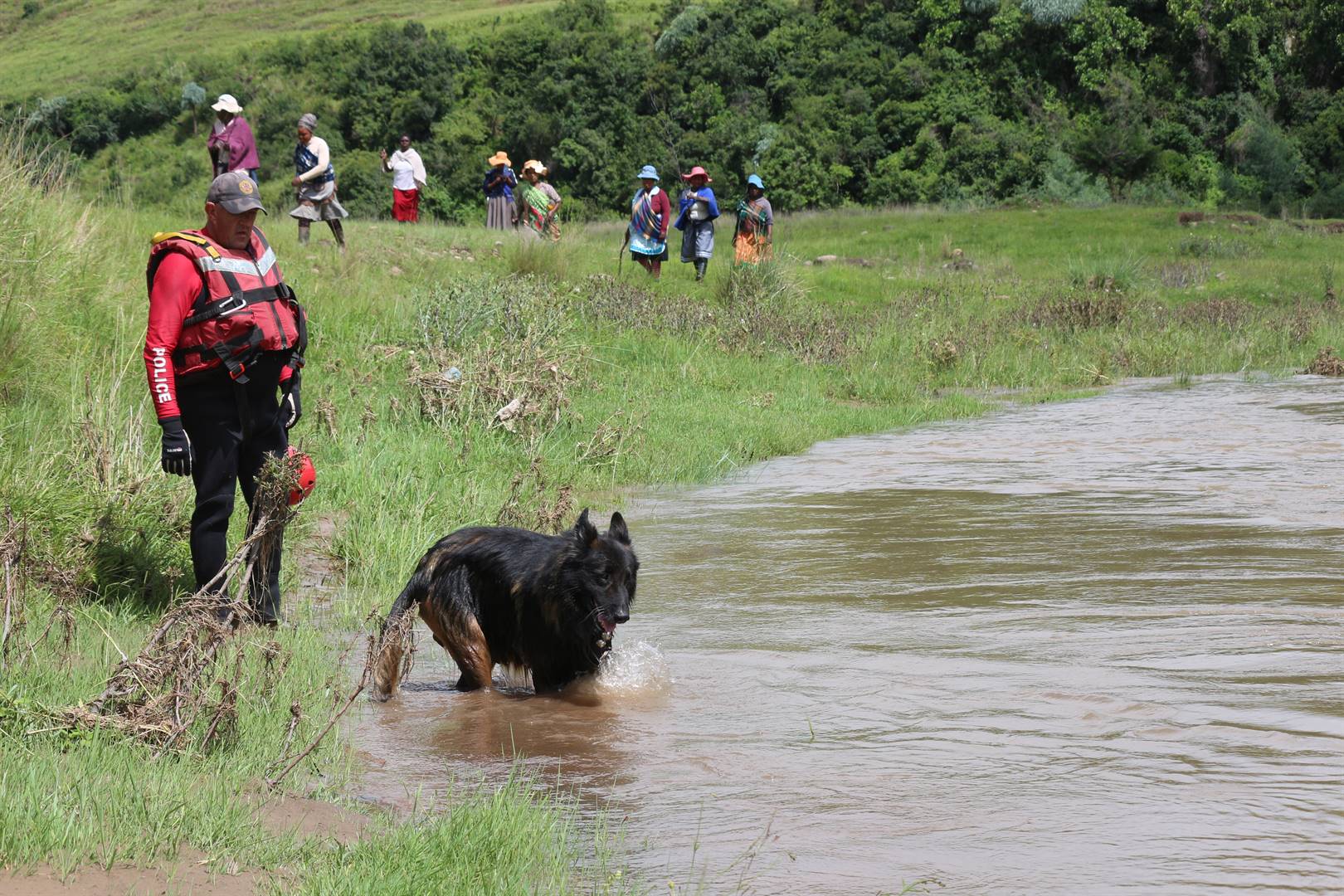 The team continued their search along the Driel Dam and the mouth opening of the river. The search was unsuccessful, and the search was called off and downscaled. With continuous rainfalls predicted in the catchment areas, the river heading towards the Driel Dam is still flowing strong.

“The main river is also fed by smaller rivers, which adds to the strong currents,” said the police.

The officers will also notify other police stations lower down in the area to be on the lookout.