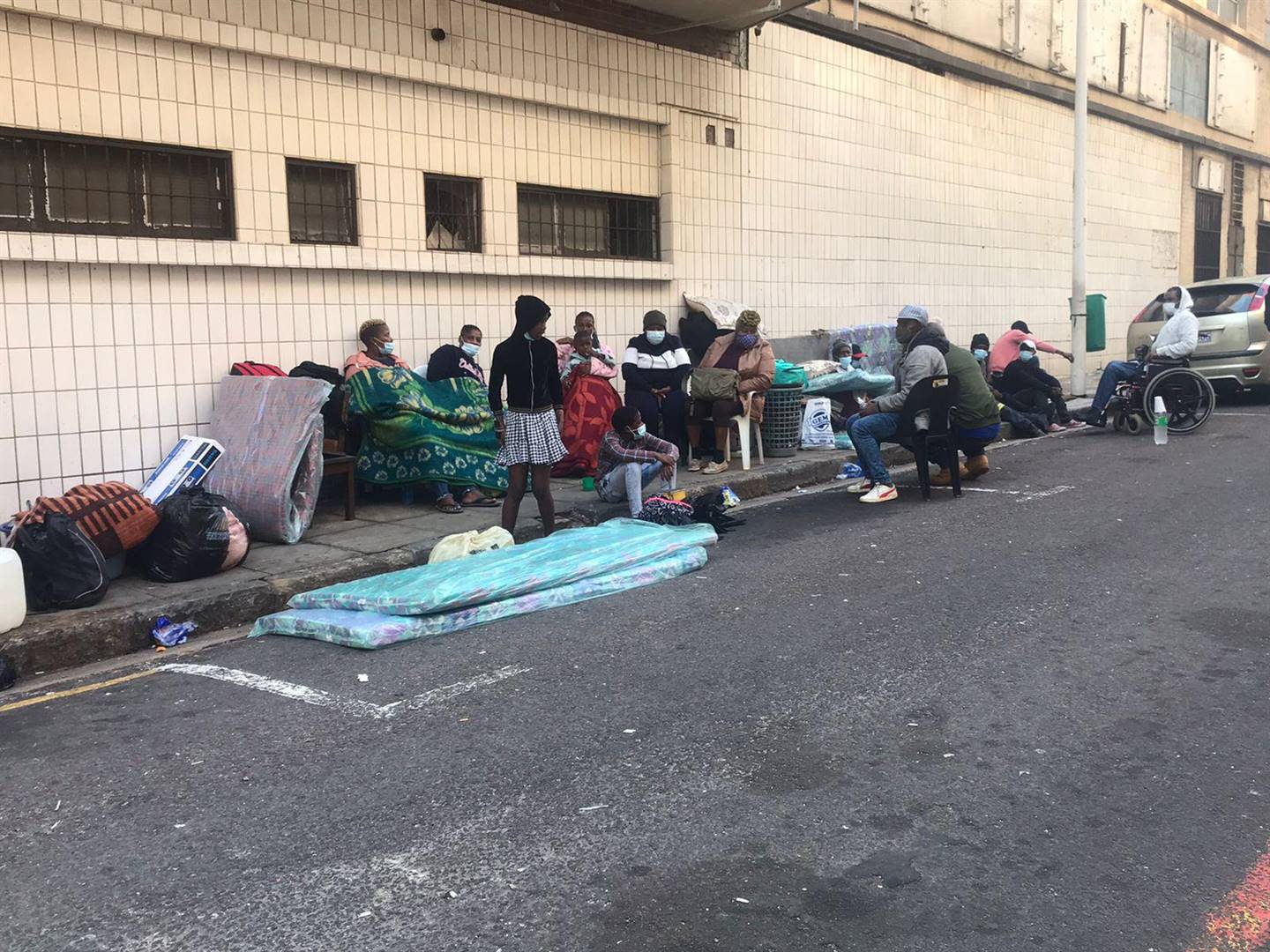 Members of Umkhonto WeSizwe Military Veterans Association along with their families were thrown out of a building they had been illegally occupying in Durban South Beach.

Members of uMkhonto WeSizwe Military Veterans Association were on Thursday removed from a building in Durban by police for illegally occupying it.

Zibuse Cele, MKMVA KwaZulu-Natal convener, said they had been staying at the empty building, which used to be called Palm Beach Hotel, for three weeks.

“No one was living in it so we then went in, since the government promised us houses and has not delivered on that promise. Since the building belongs to the government, we thought we could stay here,” he said.

Support independent journalism
Subscribe to News24 for just R75 per month to read all our investigative and in-depth journalism.
Subscribe
Already a subscriber? Sign in
Next on Witness
Opportunity for youth in artistry

Read more on:
zibuse celedurbankznpietermaritzburgsouth beachmk vetsillegal occupationhousingempty building
Daily Poll
What are your thoughts on President Cyril Ramaphosa's decision to move South Africa to level 3 of the national lockdown?
Please select an option Oops! Something went wrong, please try again later.
It was a good move because tougher restrictions were urgently needed to try and curb the spread of C-19.
35% - 42 votes
It won’t change anything if the restrictions are not enforced.
41% - 50 votes
This will have a negative impact on the economy.
24% - 29 votes
Previous Results
Latest Issue