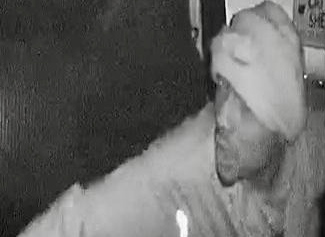 G4S Cash Solutions is offering a reward of up to R1 million for credible, useful information leading to the arrest, prosecution and conviction of the people who shot and killed a G4S security guard on Monday.

According to a statement released by the group, a G4S security guard was shot and killed on Monday evening, during a cash in transit attack at Engen Middlevlei filling station on the R28 in Randfontein, Gauteng.

Renso Smit, regional cluster director for G4S Southern Africa, said that they are devastated at the tragic and senseless loss.

“We have conveyed our deepest condolences and support to the family of the deceased. We are making it a priority to ensure these criminals are held to account,” said Smit.

Meanwhile, Smit added that G4S wrote to the Minister of Police and the National Police Commissioner, to urgently convene a meeting with all stakeholders to address the continuing escalation of violence in cash-in-transit (CIT) attacks, in April.

“Cash-in-transit (CIT) and cross-pavement attacks are becoming more violent in nature. This is deeply concerning because it puts the lives of our people in danger. There are not enough prosecutions and convictions to deter these criminals, who are operating with impunity.

“We are therefore calling on Crime Intelligence, SAPS, the Hawks, the National Prosecuting Authority and the Ministers who lead them, to prioritise CIT crime and to re-establish and bolster the National CIT Task Team as a matter of urgency,” says Smit.

We live in a world where facts and fiction get blurred
In times of uncertainty you need journalism you can trust. For 14 free days, you can have access to a world of in-depth analyses, investigative journalism, top opinions and a range of features. Journalism strengthens democracy. Invest in the future today. Thereafter you will be billed R75 per month. You can cancel anytime and if you cancel within 14 days you won't be billed.
Subscribe to News24
Next on Witness
Tow trucks close N3 in KZN

Read more on:
sapsg4s cash solutionshawkskwazulu-natalkznshootingmurdersecurity guardreward
Daily Poll
What is the state of the government health facilities in your area?
Please select an option Oops! Something went wrong, please try again later.
Absolutely terrible
76% - 25 votes
It’s fine but they can do better
15% - 5 votes
It’s all good
9% - 3 votes
Previous Results