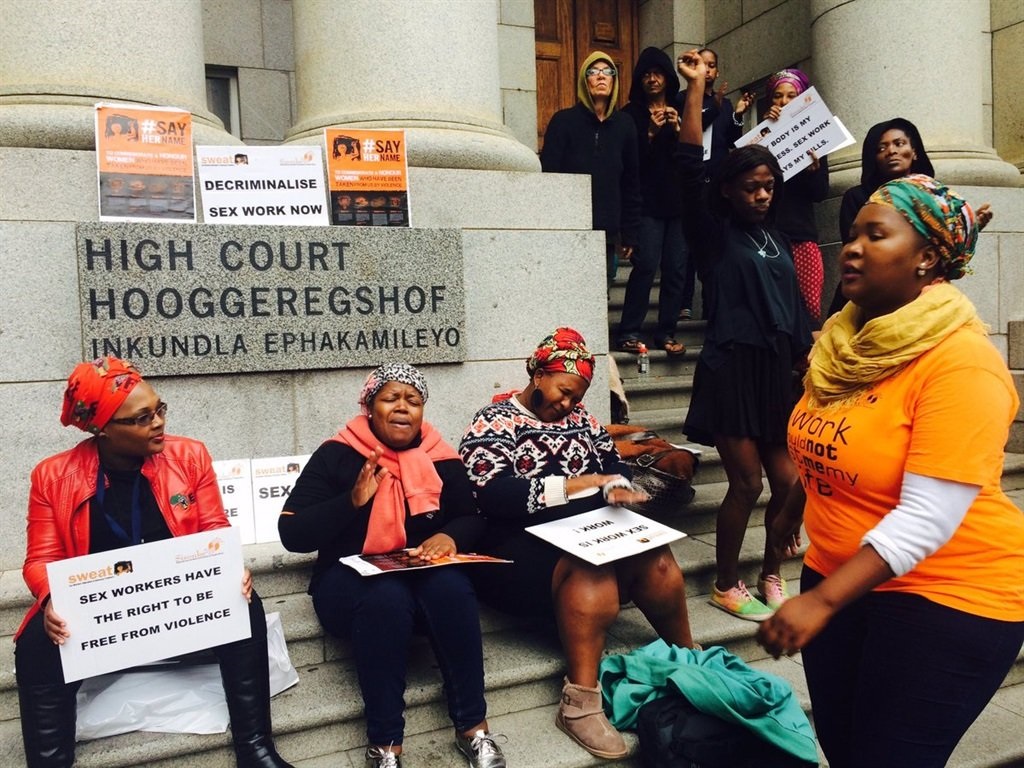 Organisations representing sex workers are excited that talks to decriminalise the profession in SA have begun, after years of fighting for their rights.

The Department of Justice and Constitutional Development began engagements with representatives of the pro-decriminalisation sex work sector on Wednesday.

This, as the department explores the subject after the South African Law Reform Commission released its Report on Adult Prostitution back in 2017.

Currently, the buying and selling of sexual services is a crime in SA.

Deputy Minister John Jeffery will have a series of meetings with stakeholders in favour of decriminalisation, as well as with religious organisations and traditional leaders. In a statement, Jeffery said the engagements were critical regarding proposed policy options.

“It is important that we fully engage with stakeholders regarding the proposed policy options, as there are many divergent views. We need to further engage with relevant government departments to ascertain the implications of changing the legislative framework, and we also engage the public on their views."
John Jeffery, Deputy Minister of Justice and Constitutional Development

“The issue of decriminalisation may be a contested one, but [it] is also one that needs to be debated and a decision taken, as the issue has been one which has been delayed for far too long,” said Jeffery.

A Pietermaritzburg sex worker, Lona, who asked that her surname not be published, said she has lost count of how many times she has been raped and assaulted by some of her clients.

Lona, who has been working as a street-based sex worker for the past six years, said she braces herself for the worst every time she goes out to work.

“I know that I could be raped, assaulted or even killed every time I’m with a client but there is nothing I can do, I need the money and there are no jobs.

“Some men are evil. Sometimes you agree on R50 but when they’re done, they refuse to pay. Some will just beat you up or keep you locked up for days and just keep raping you.

“I’ve never reported these incidents to the police because what I do is illegal anyway, so I just live with it.”
Pietermaritzburg sex worker

A group of sex workers told Weekend Witness that they were subjected to violence and discrimination and were constantly targeted by police. They also said they face constant ill-treatment by nurses at clinics.

The sex workers said they hope that their profession will be decriminalised so that they can work in peace and stop fearing for their lives.

Sex worker advocate Megan Lessing, spokesperson for Sex Work Education and Advocacy Taskforce (Sweat), said they are excited that after numerous objections, they are finally getting their voices heard on the issue of decriminalising sex work.

“There’s a notion that by decriminalising this industry that everyone would now want to start working as a sex worker, and that it will increase human trafficking. All this is not true… It’s not the responsibility of sex workers to stop human trafficking, it’s the government and police’s job.”

Lessing said during these talks, sex workers across the country are being given opportunities to sit and talk directly to the deputy minister to explain what they need and what decriminalisation would look like.

She said the road ahead is still long and steep, but they are glad that they finally have their foot in the door.

Mathe said she is also part of the ongoing talks with the deputy minister Jeffery.

“We are excited that finally the department has stepped up because we have been advocating for decriminalisation for over 25 years now.”

Asked what decriminalisation of sex work would look like, Mathe said they are hoping to get sex work recognised as a profession and have the human’s rights of sex workers recognised.

“We want to reduce the stigma and discrimination against them, and also reduce the level of gender-based violence against them."
Constance Mathe, National coordinator of Asijiki Coalition

“We believe that if sex work is decriminalised, we will create a safe space for them to work.”

Culture activist Nomagugu Ngobese told Weekend Witness that she was against decriminalisation of sex work.

“The South African Constitution is not for indigenous people who still uphold their morals. Yes, our Constitution is acclaimed as one of the best in the world, but is it really?”

“Most religions are actually against prostitution. Decriminalising this will make it seem okay. People are hiding behind there being no jobs but I’m sure there are other ways they can explore besides prostitution.

“We are trying to teach young people morals to help future generations, but this goes against everything we’re trying to do.

“But no matter how much we talk about this, our government will eventually pass it because we are governed by capitalists, they try to make money every way possible,” said Ngobese.

We live in a world where facts and fiction get blurred
In times of uncertainty you need journalism you can trust. For 14 free days, you can have access to a world of in-depth analyses, investigative journalism, top opinions and a range of features. Journalism strengthens democracy. Invest in the future today. Thereafter you will be billed R75 per month. You can cancel anytime and if you cancel within 14 days you won't be billed.
Subscribe to News24
Next on Witness
Pedestrian killed on the N3 near Howick in KZN