‘There is just too much anger over what happened in Phoenix’ 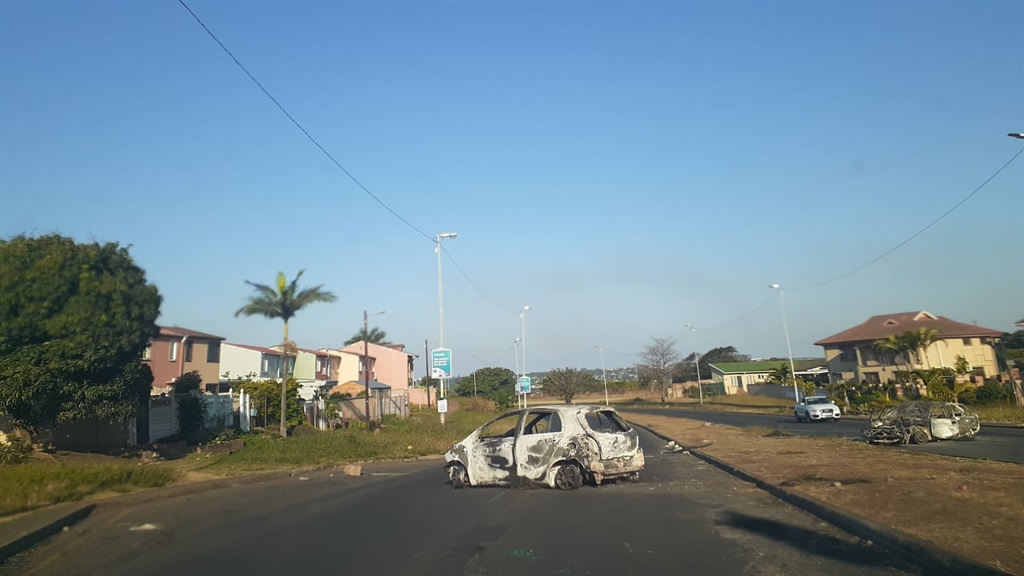 A torched car in the middle of the road in Phoenix.
Thabiso Goba

There are mounting fears that the rising racial tensions in Phoenix, north of Durban, could result in clashes between police and angry protesters.

According to statistics provided by the KwaZulu-Natal provincial government, more than 20 black people were killed in Phoenix since the outbreak of last week’s unrest, which saw shops looted and property vandalised.

Despite the national lockdown alert level 4 prohibiting large gatherings, The Witness has established that some individuals were on Wednesday mobilising people to participate in a protest against the killings.

Read more on:
phoenixinandamurdersprotestrace warvigilanteslooters
Daily Poll
National Treasury says around R38 billion will be given to businesses and people to help them recover from the recent looting. What are your thoughts on this matter?
Please select an option Oops! Something went wrong, please try again later.
It seems like a good amount
27% - 38 votes
I don’t think it will be enough
31% - 43 votes
I’m not sure yet, we’ll wait and see
42% - 58 votes
Previous Results
Latest Issue