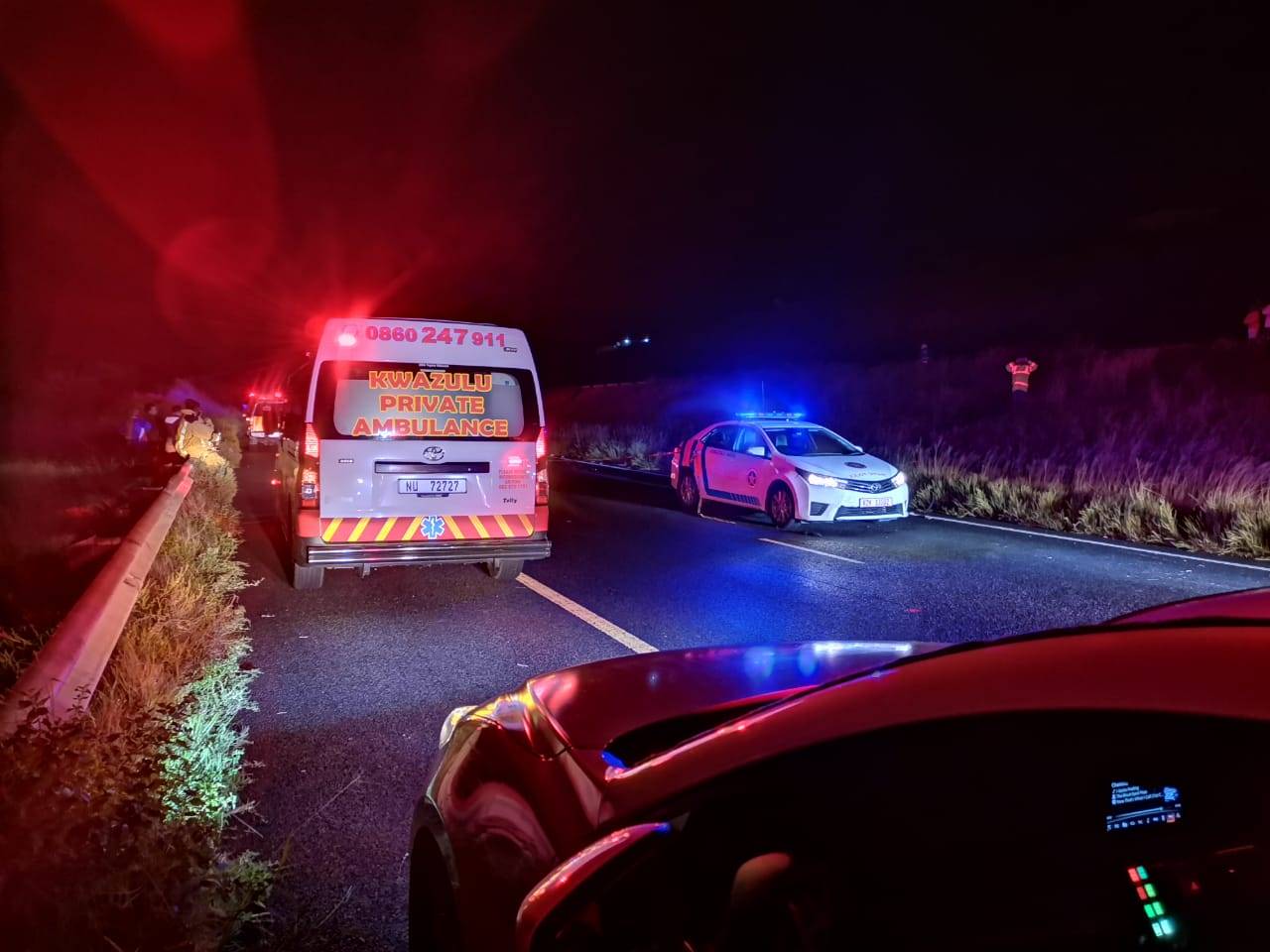 Two people were killed on Friday after a bus collided into them on the N2 at Mtwalume.

KwaZulu Private Ambulance Service said a bus had collided with two pedestrians, causing another vehicle to leave the road and overturn.

One person was seriously injured and taken to hospital.

The two pedestrians sustained fatal injuries and were declared dead on the scene.

In another crash two other people were also killed on Friday night following a collision between a truck and a minibus on the R74.

The minibus was carrying five people in it when it was involved in an accident with the truck.

"Two people died on the scene while four people including the truck driver were injured and taken to Stanger Hospital from the accident scene. Two counts of culpable homicide are currently being investigated," said Road Traffic Inspectorate spokesperson, Zinhle Mali.

We live in a world where facts and fiction get blurred
In times of uncertainty you need journalism you can trust. For only R75 per month, you have access to a world of in-depth analyses, investigative journalism, top opinions and a range of features. Journalism strengthens democracy. Invest in the future today.
Subscribe to News24
Next on Witness
WATCH | Irate parents shut down KZN school demanding principal's removal

Read more on:
south coastpietermaritzburgmtwalumekwazulu-natalpedestriancrash
Daily Poll
How has Covid-19 affected you?
Please select an option Oops! Something went wrong, please try again later.
I had Covid-19 but recovered
15% - 12 votes
I’ve lost loved ones due to Covid-19
29% - 23 votes
I’ve had Covid-19 and have also lost loved ones from the virus
5% - 4 votes
Fortunately, no one close to me has had Covid-19
51% - 40 votes
Previous Results
Latest Issue