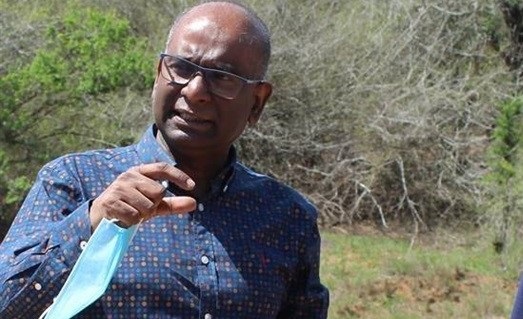 Ugu District Municipality’s municipal manager Dhanpalan Devaraj (DD) Naidoo said he was not fired or dismissed by the municipality, but decided to leave because of reasons he would not reveal.

Last Friday, Ugu released a statement saying it had concluded its disciplinary proceedings with Naidoo, who was placed on suspension in November 2020.

Naidoo’s suspension came after an investigation by the Department of Co-operative Governance and Traditional Affairs (Cogta) revealed how some former senior officials within Ugu and local businessmen were implicated in tender irregularities and had allegedly flouted procurement processes.

There’s more to this story
Subscribe to News24 and get access to our exclusive journalism and features today.
Subscribe
Already a subscriber? Sign in
Next on Witness
Nearly 5 000 people were murdered in SA in three months

Read more on:
district municipalityugusibusiso sitholedhanpalan devaraj (dd) naidookwazulu-natalirregular tender processeslabour dispute
Daily Poll
South Africa's government is considering a proposal for polyandry to be legally recognised as a form of marriage in the country. Polyandry is a form of polygamy in which a woman has more than one husband. What are your thoughts on the matter?
Please select an option Oops! Something went wrong, please try again later.
This is just madness
56% - 48 votes
I think it’s fair. If men can do it, women should also be allowed to do it
44% - 37 votes
Previous Results
Latest Issue