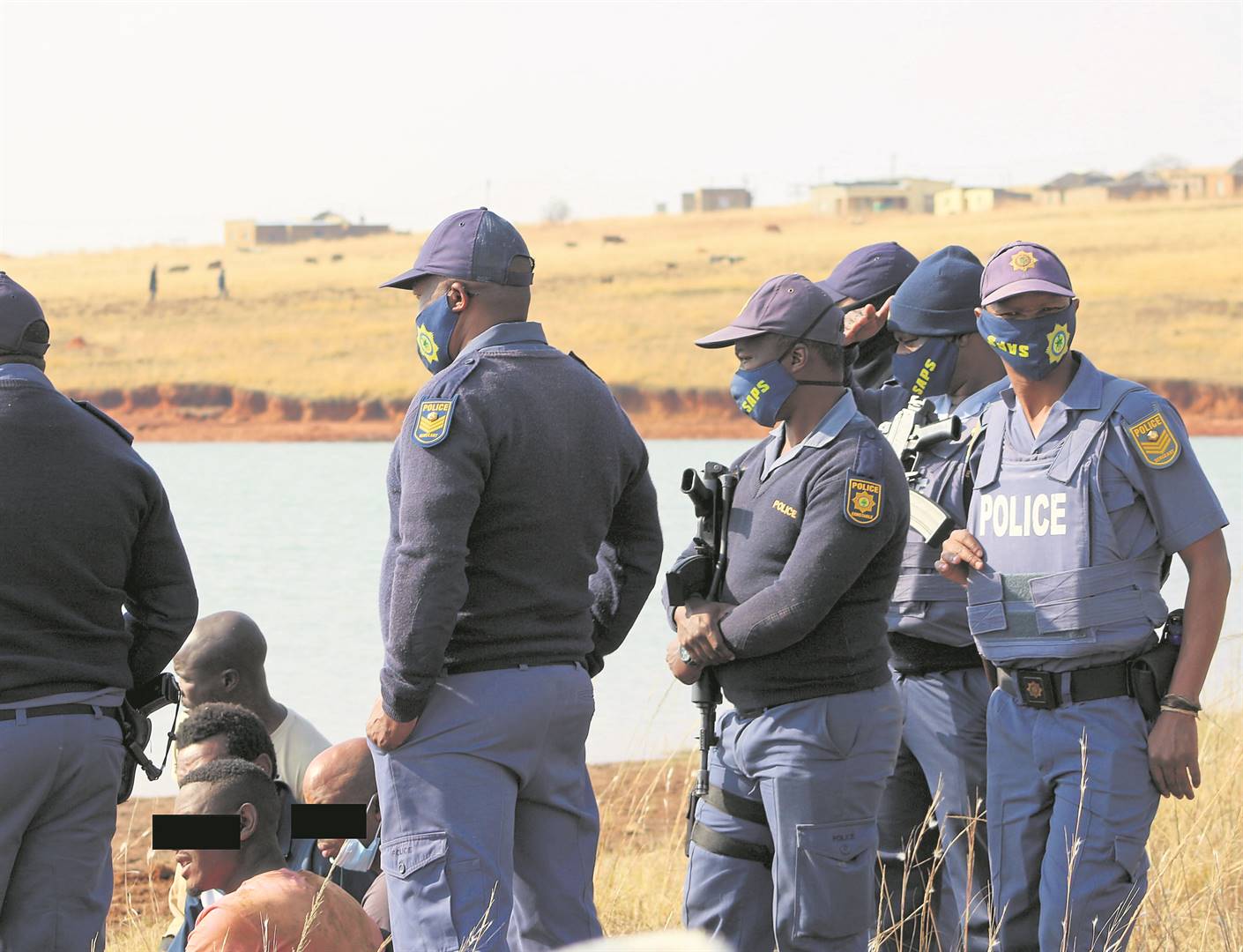 Police stand guard over the seven suspects that were arrested along the banks of the Woodstock Dam in Bergville.

Seven armed men were arrested after a high-speed chase along the muddy banks of the Woodstock Dam, near the Banana Bridge in the Dukaza area of Bergville on Wednesday.

Police officers were called in from Pie­termaritzburg, Winterton, Bergville and Ladysmith after armed men had robbed the Upper Tugela Post Office.

Led by Lieutenant Asheena Ramlagan, the police tracked the men down to the Dukaza area, where they were visiting a traditional healer to ask him to perform “a prayer” of protection against the police so they would not be arrested.

Support independent journalism
Subscribe to News24 for just R75 per month to read all our investigative and in-depth journalism. You can cancel any time.
Subscribe
Already a subscriber? Sign in
Next on Witness
Businesses in Mooi River, KwaZulu-Natal, in need of support after unrest

Read more on:
kznpietermaritzburgbergvillepost officerobberytraditional healer
Daily Poll
What are your thoughts on people who choose not to get vaccinated whether its for personal, medical or religious reasons?
Please select an option Oops! Something went wrong, please try again later.
I respect their decision
33% - 39 votes
I think mandatory vaccinations should be passed
51% - 60 votes
I’m one of the people who chooses not to get vaccinated
16% - 19 votes
Previous Results