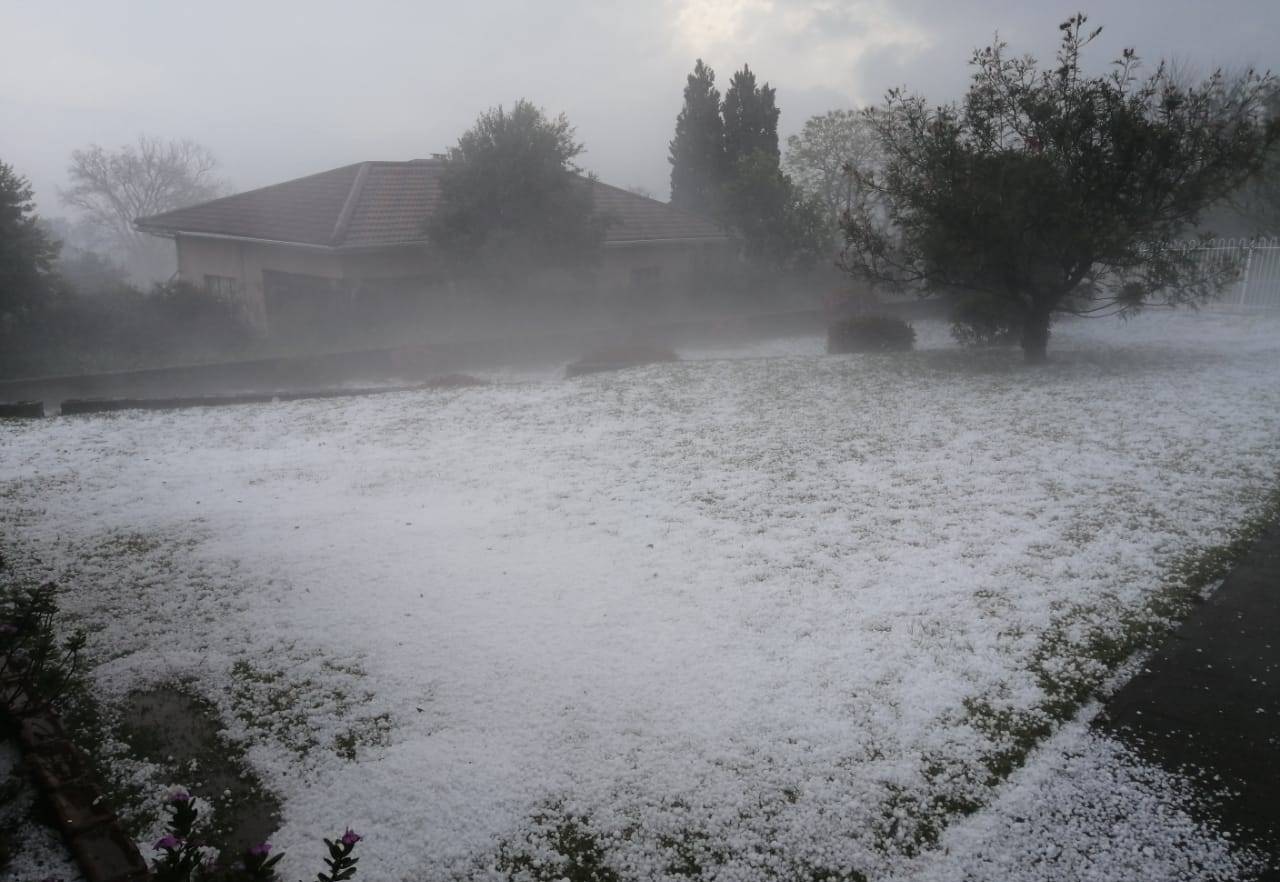 A lawn in Richmond covered in hail after a severe thunderstorm hit the area.PHOTO: supplied

Richmond and many other parts of KZN once again witnessed their lawns covered in white, but this time it was due to hail and not snow.

The South African Weather Service told The Witness that a thunderstorm, coupled with strong winds, hit the Richmond area earlier on Monday but was moving west easterly.

Ayanda Nsele, an SA weather forecaster, said the weather service had issued out a severe weather warning regarding the thunderstorm which is expected to be accompanied by severe lightning and hail.

She said the storm is expected to pass on Monday.

Ricky Jugree, a resident in Richmond, said the storm was very heavy but lasted for only about 15 minutes. Richmond resident, Ricky Jugree, said the hail was a little smaller than the size of golf balls, but came in very heavy.
Ricky Jugree

He said the hail was a little smaller than the size of golf balls, but came in very heavy as one could not walk or run through the storm.

He said the gutters to his house were destroyed but everyone else was still assessing the damage caused by the hail.

Read more on:
south african weather servicesawsdurbankznpietermaritzburgsouth africakwazulu-natalkzn weather warninghailweather warningthunderstorm
Daily Poll
Former liberation struggle ex-combatants from Pietermaritzburg on Wednesday staged a protest outside the ANC Johannesburg headquarters where they demanded benefits to the tune of R2,2 million each. Do you think they should be entitled to this amount?
Please select an option Oops! Something went wrong, please try again later.
Yes
8% - 39 votes
No
80% - 389 votes
A lesser amount perhaps, but not so much
12% - 58 votes
Previous Results