Licensing grinds to a halt 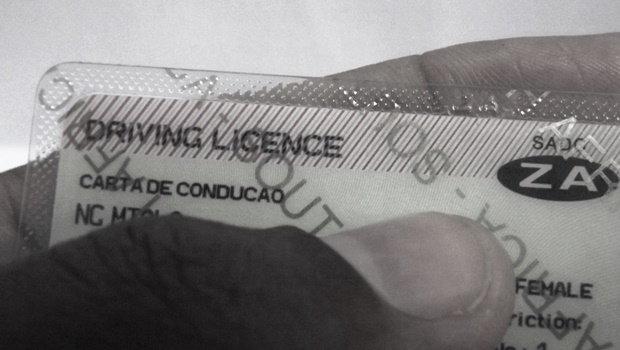 Operations ground to a halt at the Mkondeni vehicle testing centre on Thursday while the uMngeni licensing office remained shut following the arrest of 15 people for fraud this week.

At Mkondeni, people were left standing around in the middle of their paperwork as the staff downed tools in protest at overtime cuts.

The national Department of Transport recently issued a directive that traffic officers working for the Road Traffic Inspectorate (RTI) can only earn overtime payments amounting to 30% of their gross salary.

People who were booked to do their tests between 9.30 am and 1.30 pm on Thursday were unable to do so.

Gary North, who had come to upgrade his licence from a code 8 to code 10 at 9.30, said he had gone through all the preliminaries just before the officers downed tools.

“I had been allocated a number and I was waiting for my inspector. Then all the traffic officers took their lunch boxes and ran away. They promised to be back in an hour’s time but they did not return.

“We all sacrificed something to be here. We had to pay booking fees and truck hire for nothing. You are looking at about R1 000 that has gone to waste. I guess we will have to try another time,” he said.

North said he doubted whether he would get time to do the test again.

“I had to ask for a day’s leave and that is not easy because I am the only mechanic at work looking after over 20 trucks. Right now I have trucks in Pongola, Dundee and Vryheid.

“I am upgrading because it is a company requirement.

“Because we are approaching the Easter holidays, which are always busy at work, I doubt if I will be able to take time off now,” he said.

Jayshree Seethal said she was halfway through the process when the officials downed tools.

“I have been trying to renew my licence since 8 am this morning. Firstly the Church Street office indicated that their eye testing machine doesn’t work. After waiting for an hour there, I was told to go to Mkondeni.”

Seethal said she waited for about 40 minutes before being called for an eye test in Mkondeni.

“I was the seventh in the queue. The test took a few minutes and I was sent to the photograph and fingerprint section.

“After waiting for 30 minutes we realised that all the examiners had disappeared. Only then did we get told that they had all gone for a meeting at Braid Street station to discuss their issues. Is this the state of service delivery in South Africa?” asked Seethal.

KZN Department of Transport spokesperson Nathi Sukazi said the RTI would accommodate all those tests that could not take place on Thursday.

“We apologise to the public for any inconvenience caused. The department will take due disciplinary action against those officials who were involved,” he said.

The uMngeni licensing centre is unlikely to reopen before next week. The Howick community has been urged to be patient, and uMngeni municipal manager Thembeka Cibane said on Thursday that “the offices are closed as the Road Traffic Management Corporation and the Hawks are still conducting investigations. We are hoping that by next week the licensing office will be operational again but we cannot be certain,” she said.

Cibane said there were notices at the licensing offices urging people to be patient.

“Once the offices are open we will then be able to reschedule the dates of all those who had already booked and were affected by the closing of the offices. We urge the public to also make use of neighbouring licensing offices in the meantime,” said Cibane.

The 15 accused, includng officials and learners’ licence candidates, were all released on bail after appearing at the Durban Commercial Crimes Court on Wednesday.

We live in a world where facts and fiction get blurred
In times of uncertainty you need journalism you can trust. For only R75 per month, you have access to a world of in-depth analyses, investigative journalism, top opinions and a range of features. Journalism strengthens democracy. Invest in the future today.
Subscribe to News24
Related Links
No licensing, registration service at Traffic Department
Delays in vehicle licensing
Next on Witness
Tributes pour in for Durban Metro officer who died while diving