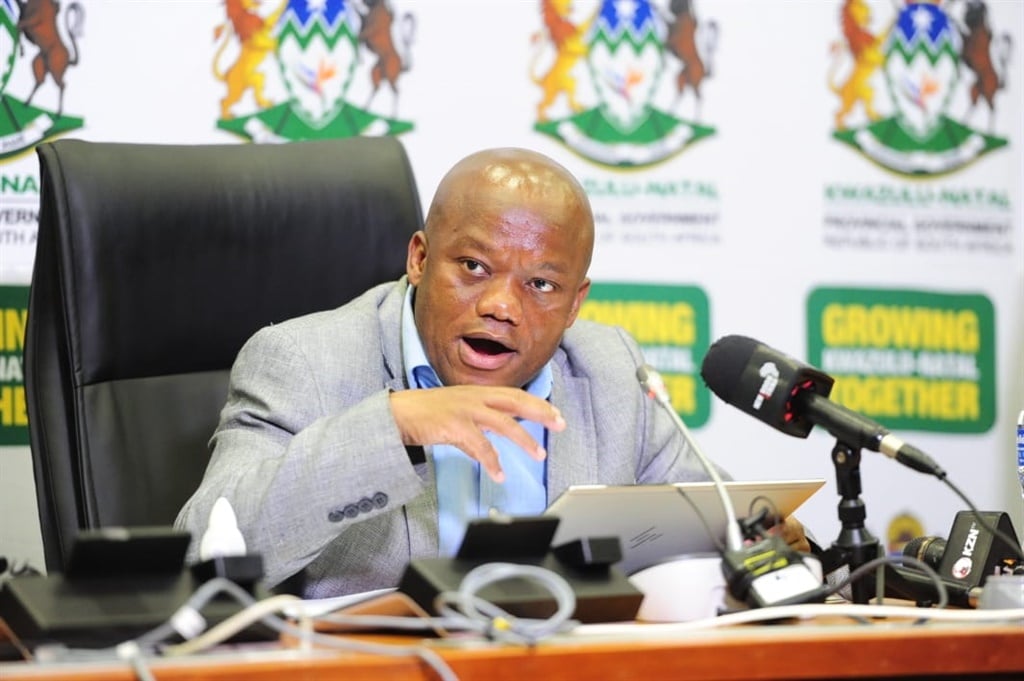 Premier Sihle Zikalala and MK veterans are on a collision course.

The MK veterans' leadership in KwaZulu-Natal has warned Zikalala of dire consequences if he continues to "interfere" in their affairs.

Speaking to The Witness on Monday, Mkhonto weSizwe Military Veterans Association (MKMVA) provincial chairperson, Themba Mavundla, warned that Zikalala, who in recent months had been holding talks with what Mavundla labelled a parallel structure of MKMVA, will face the wrath of the former soldiers.

"He is busy sowing divisions within the MKMVA and we have reached a point where we have to stop him. It’s now a do-or-die for us. Our warning to the premier and the ANC provincial chairperson is ‘you don’t mess up with soldiers'," he said.

This comes after Zikalala held a meeting with MKMVA members, including Babsy Sithole who claims to be the new interim leader of the organisation’s Moses Mabhida region.

On Friday, Mavundla led an MKMVA protest outside the ANC Durban provincial offices where he called on Zikalala and other party provincial leaders to desist from sowing division within the former soldiers.

The Sithole faction, which is embroiled in a power struggle with the Mavundla faction, refuses to recognise the current MKMVA leadership, saying its term of office expired months ago.

While Mavundla conceded that the term of the current MKMVA had expired, he said the ANC national leadership had issued a directive suspending all elective conferences by any of its structures.

"What this means is that the current MKMVA provincial leadership structure, just like any other ANC structure whose term has expired, continues to operate until such a time when the suspension has been lifted.

"Zikalala is well aware of the ANC national executive committee decision and yet he continues to behave in the manner he does.

"Where does he get the authority to meet people claiming to represent MKMVA members without first engaging us as the leadership. We are aware that he is also encouraging mayors and other ANC leaders to sideline the MKMVA leadership ... we will not allow that," he said.

"What I received was a request for a meeting by members of the MKMVA and other former liberation armies. Frankly speaking, I was never interested in the status of members of the delegations in their own organisations.

"What I was more interested in was the concerns they wanted to raise," he said.

Mavundla said the MKMVA leadership was currently in the process of lodging a complaint against Zikalala with ANC president Cyril Ramaphosa.

"We want the ANC national leadership to take action against him," he said.

ANC provincial spokesperson Nhlakanipho Ntombela said he will first have to check whether Zikalala in his capacity as the party’s provincial chairperson did hold any meetings with MKMVA members.

We live in a world where facts and fiction get blurred
In times of uncertainty you need journalism you can trust. For only R75 per month, you have access to a world of in-depth analyses, investigative journalism, top opinions and a range of features. Journalism strengthens democracy. Invest in the future today.
Subscribe to News24
Related Links
Aloe MK vets handed eviction notices
MK vets hijack city houses
MK Vets slam Zikalala
Next on Witness
Update | ‘Kavitha didn’t kill herself’

Read more on:
mkmvasihle zikalalapietermaritzburg
Daily Poll
The National Institute for Communicable Diseases has confirmed that South Africa has technically entered the third wave of the Covid-19 pandemic. What are your thoughts on the matter?
Please select an option Oops! Something went wrong, please try again later.
We urgently need stricter restrictions
63% - 38 votes
No need to panic, I trust government to lead us out of this situation
13% - 8 votes
I'm very worried
23% - 14 votes
Previous Results
Latest Issue