No bail for woman who 'sold' baby on Gumtree 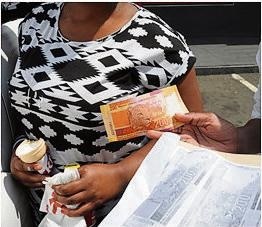 Police take evidence of the duplicate notes given to a mother (wearing the black and white top) who was arrested after allegedly selling her child over Gumtree. (Supplied to The Witness)

Pietermaritzburg - A woman who allegedly “sold” her child for R5 000 after placing an advertisement on Gumtree, may plead guilty to a charge of human trafficking.

This emerged on Monday when the 20-year-old mother from Azalea township near Imbali appeared briefly before a packed public gallery in the Pietermaritzburg Magistrate’s Court.

The Witness will not name the woman or publish her photograph to protect the identity of her 19-month-old child.

Her legal aid attorney told magistrate M. Boikhutso the woman had decided to abandon her bid for bail and was instead considering a possible guilty plea. She asked for a postponement until November 5 to enable her to further consult the woman.

Dressed in a bright orange T-shirt and blue jeans and holding her head of long wavy black hair high, the woman confirmed to the magistrate that she was no longer asking for bail.

Earlier, as she sat on a bench talking to her attorney ahead of the case, the woman had used her long hair to good effect to try and conceal her face as a number of cameramen and women snapped photographs of her.

The woman was arrested after a police trap was set up by the investigating officer, Captain Jageesh Devnarain “JD” Singh, and members of the Hawks.

The police allegedly set up the sting operation at a Pietermaritzburg food outlet after learning about the advertisement she placed on the internet.

The toddler was allegedly present when the mother subsequently met with a policewoman and allegedly negotiated the sale of her child.

The woman allegedly said that her reason for selling the toddler was because the father was not providing financial support and had questioned the boy’s paternity.

The woman was remanded in custody pending her next appearance on November 5.

The Witness previously reported that Gumtree spokesperson Estelle Nagel said the advert to sell the baby was removed and the user blocked immediately after it was flagged.

“We have keywords that if they are entered in an advert will trigger a warning and go for moderation before it goes live,” she said.

“She did not use any of the keywords, but the community was very quick in reporting it to us and we removed it, blocked her, tracked her IP address and reported her to Childline.”

We live in a world where facts and fiction get blurred
In times of uncertainty you need journalism you can trust. For only R75 per month, you have access to a world of in-depth analyses, investigative journalism, top opinions and a range of features. Journalism strengthens democracy. Invest in the future today.
Subscribe to News24
Related Links
Toddler cries as mom tries to sell him for R5 000
Next on Witness
Hilton police station is hurting after cop was killed on N3 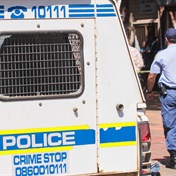 Read more on:
pietermaritzburgchild abuse
Daily Poll
With the December holiday season looming, have you booked a holiday away this year?
Please select an option Oops! Something went wrong, please try again later.
Yes, I need the break after everything 2020's thrown at us
8% - 6 votes
No way. I'll rather stay home where I know I'll be safe.
76% - 56 votes
I'm biding my time. If it looks like it will be okay closer to the time I'll see where I can get in.
16% - 12 votes
Previous Results
Latest Issue