Army on the ground after man shot during protests in Pietermaritzburg 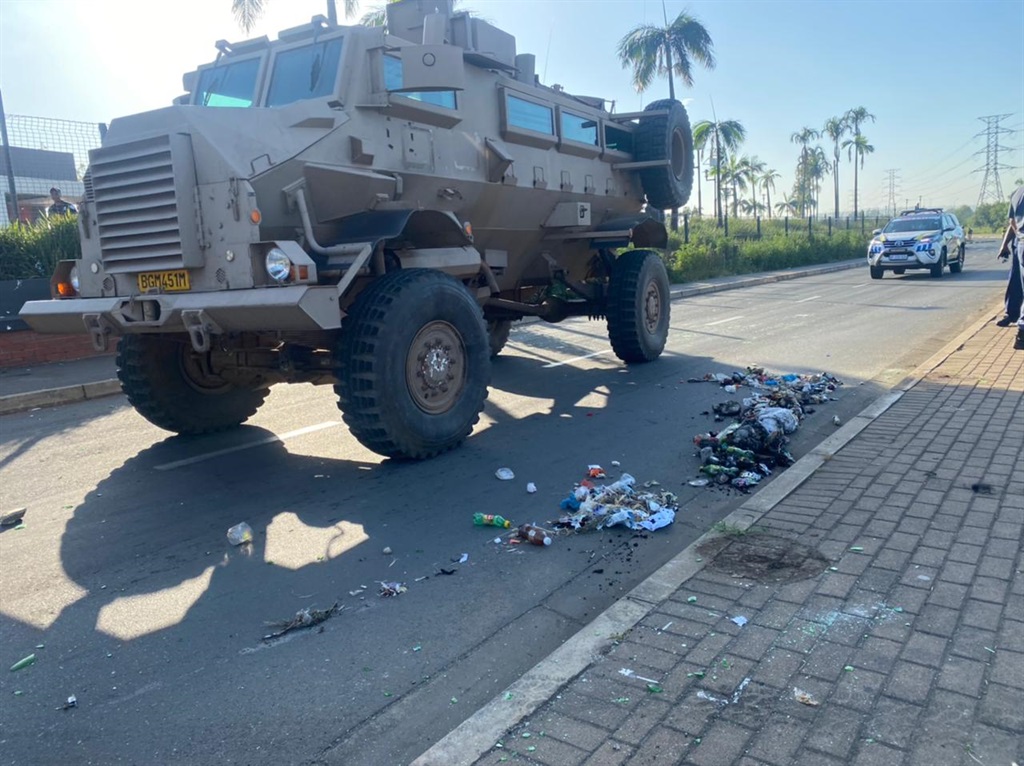 An army vehicle outside Brookside Mall after a man was shot during protest action in the area.
Sakhiseni Nxumalo

The army is on the ground in Pietermaritzburg after a man was shot and injured during protest action in the city on Thursday morning.

The man was shot after the community allegedly had an altercation with the taxi operators during the protest.

The N3 in Pietermaritzburg was a no-go area early on Thursday morning due to ongoing protest action allegedly by residents from the Jika Joe informal settlement on the corners of Masukwana and Jabu Ndlovu streets.

The N3 is now open with traffic flowing in both directions. However, the lower CBD is still congested. The army is standing outside Brookside Mall along with some of the protestors who are also still outside the mall.

Read more on:
armypietermaritzburgsouth africadurbankznkwazulu-natalcrimeshootingprotestservice delivery protests
Daily Poll
Many countries that closed their borders due to the Covid-19 pandemic are now welcoming tourists again. Are you comfortable travelling to other countries yet?
Please select an option Oops! Something went wrong, please try again later.
I only travel for work
5% - 2 votes
Yes, I’m okay with travelling internationally now
54% - 20 votes
I don’t plan on travelling internationally until Covid is over
41% - 15 votes
Previous Results