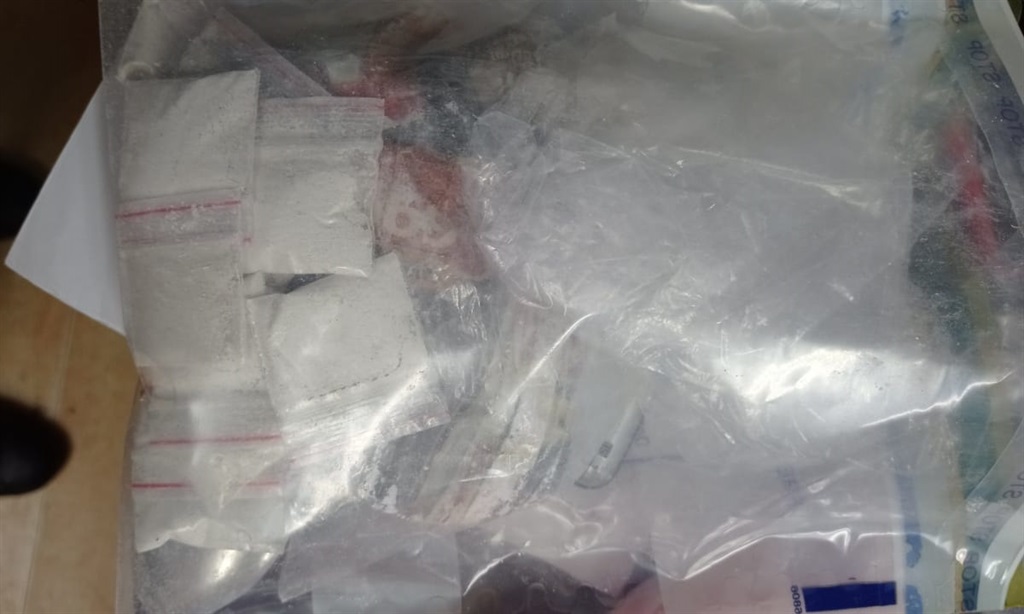 17 packets of heroin were found in a drug-raid at a Cowens Crescent house in Prestbury on Wednesday.
SAPS

Three people were arrested after an intelligence driven operation carried out on Wednesday night uncovered a “drug-den” at a house in Prestbury, Pietermaritzburg.

The team went to premises situated at Cowens Crescent in Prestbury after information about the drugs being processed was received. A search was conducted inside the house and the police found 17 packets of drugs suspected to be heroin, several bottles of prescribed medication, a scale and razor blade were seized by police. Two television sets, laptop and sound system suspected to be stolen were found at the premises.

A cash amount of R8 140,05 suspected to the proceeds of drugs was seized from the suspect. A 36-year-old suspect was placed under arrest for manufacturing, dealing in drugs and possession of a suspected stolen property. Two other suspects aged 31 and 34 were also placed under arrest for obstructing the police officers in their duties. The arrested suspects appeared in the Pietermaritzburg Magistrates’ Court on Thursday.

Support independent journalism
Subscribe to News24 for just R75 per month to read all our investigative and in-depth journalism.
Subscribe
Already a subscriber? Sign in
Next on Witness
KZN Road Traffic Inspectorate in shambles