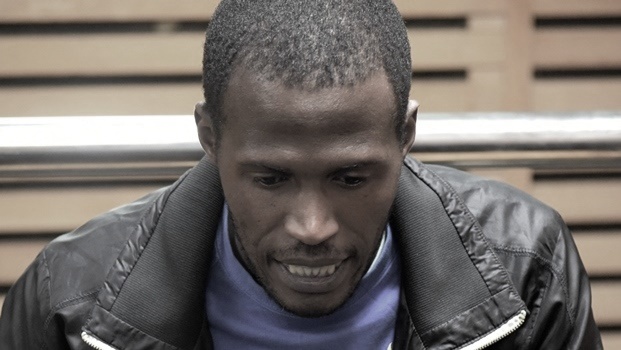 Former policeman, Sipho Chonco, who shot and killed his nurse fiancée with his service pistol has been sentenced to life imprisonment by the Pietermaritzburg High Court.

Acting Judge Poobie Govindasamy yesterday said that Chonco has shown no remorse for killing Wendy Dlamini on April 15, 2018 in Northdale.

Her family spokesperson, Meshack Dlamini, said that while they are pleased with the sentence, Chonco should have just pleaded guilty from the beginning instead of putting the family through the pain of having to go through the trial.

Judge Govindasamy said that the bullets entered and exited her body. However, none were found in the vehicle in which she was killed or anywhere else. “He [Chonco] removed the cartridges and threw them away. He cleverly disposed of the evidence and interfered with the crime scene. If he came clean and the cartridges were found, it could help establish what happened to cause her [Dlamini] to lose her life,” he said.

“He used his superiority coupled with his deadly weapon to impose his will upon her, causing her death.”
Acting Judge Poobie Govindasamy.

Chonco had pleaded not guilty but at the end of the trial his version was rejected by the court. He said that he and Dlamini had an argument in the vehicle because they could not agree on the way forward and he told Dlamini that it was best to end their relationship and cancel their wedding plans.

He said she became hysterical and started screaming and punching him on the chest. As he was trying to restrain her, she jumped for his firearm and a struggle ensued which led to the firearm going off. Two shots went off, he said.

When he realised she was shot, he took her out of the car to assess her injuries and saw that she was dead.

He then left her body and drove away, he said.

The evidence that the court accepted is that Chonco physically and emotionally abused Dlamini who would from time to time leave the home they shared. At the time of her death she was living with her brother in Northdale.

The judge said this case brings to the fore, the menace of gender- based violence.

He also said that Chonco was a “destructive force” in Dlamini’s life. After he killed her, he instructed a friend to tell her family members that he shot her and where the body could be found. His conduct was not of someone taking responsibility for his actions, said the judge.

“He surrendered himself to police as there was little else that he could do.”

He added that Dlamini was a greatly respected, valuable member of the community and the mother of three young children. One of them was Chonco’s.

Judge Govindasamy added that the callous and brutal manner in which she met her death was unnecessary.

“He used his superiority coupled with his deadly weapon to impose his will upon her, causing her death.”

He added that as a policeman, Chonco was a trained gunman. “His was a cruel and selfish act on a defenceless woman,” he said.

The judge added that there was an element of forethought and premeditation in the murder.

We live in a world where facts and fiction get blurred
In times of uncertainty you need journalism you can trust. For only R75 per month, you have access to a world of in-depth analyses, investigative journalism, top opinions and a range of features. Journalism strengthens democracy. Invest in the future today.
Subscribe to News24
Related Links
‘Find her killer, please’ pleads Edendale victim’s family.
Woman shot dead at home after break-up.
Leaders demand arrests after kidnapping of three teens in Greytown.
Next on Witness
Corruption-hit Pietermaritzburg human rights organisation suffers another blow as board resigns

Read more on:
sipho choncokwazulu-natalpietermaritzburgnorthdalepolicemanmurdernurseservice pistollife sentencegbv
Daily Poll
In an effort to weed out the corruption that has become synonymous with the country's traffic department, the Road Traffic Management Corporation (RTMC) will be fitting officers with body cameras. What are your thoughts on this matter?
Please select an option Oops! Something went wrong, please try again later.
I’m happy about this, we won’t be asked for drink money anymore
36% - 9 votes
Eish! This is a problem because traffic officers can’t be lenient on us now
4% - 1 votes
I don’t see this working in South Africa
40% - 10 votes
Good move - this will provide the officers with the protection they need
20% - 5 votes
Previous Results
Latest Issue