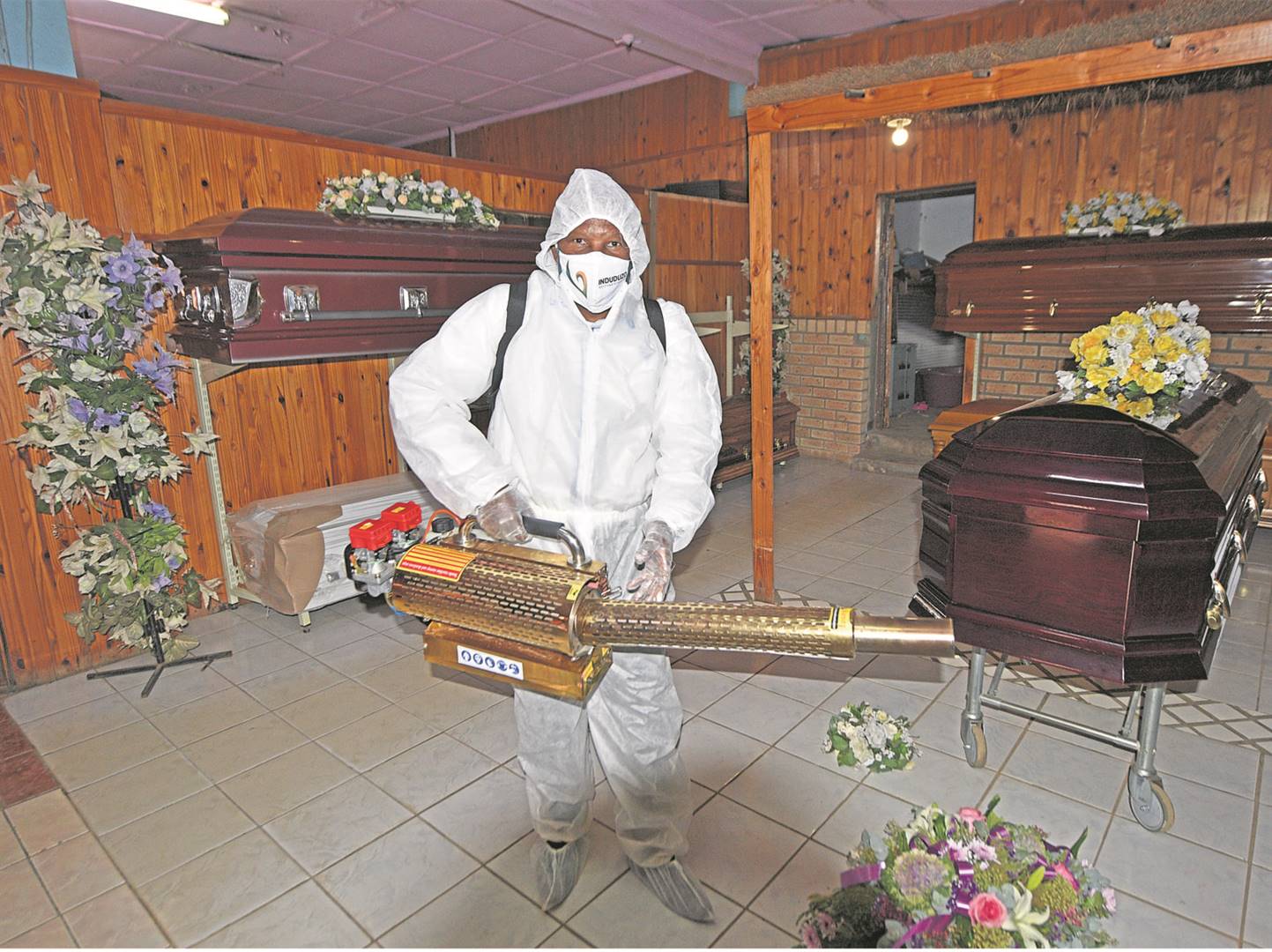 Funeral parlour owners and employees are being run ragged with their extra workload as they deal with the large spikes in deaths due to the second wave of the coronavirus.

Those in the industry say that they have been bombarded by the influx of deaths, leaving them working around the clock, seven days a week with no break in sight.

“We are busier than we have ever been,” said owner and manager of Mosaic Funerals Winston Duncan.

“We have seen such an increase in deaths that in my years of experience I have seen nothing like this.

“However thankfully we are a large organisation and have been able to cope with this due to the measures we have put in place,” he said, adding that no matter how prepared they are it is still a harrowing experience seeing so many deaths a day.

“I have never experienced something like this in my life. The first wave wasn’t as bad and we thought the worst was over but this second wave has hit like nothing before.”
Winston Duncan, manager of Mosaic Funerals

Duncan, like so many other funeral parlour employees, says that these are increasingly challenging times that the people of South Africa have fallen upon, especially with the alarming death toll that has come with the second wave.

“I have never experienced something like this in my life. The first wave wasn’t as bad and we thought the worst was over but this second wave has hit like nothing before. We are scared and are trying to take the necessary precautions to protect ourselves just as much as we are trying to protect the public by fumigating our offices everyday and keeping up with PPE supplies,” said Duncan adding that PPE supplies have either been in low supply or have seen their prices drastically increase due to high demand.

ALSO READ: One of SA's largest funeral homes sees 300% increase in funerals in the Eastern Cape in December

“The public is starting to realise that the numbers are now becoming names. This virus is infecting both young and old and as a person who has lost a family member to it, I urge the public to wear their masks, sanitise and stay away from crowds especially when it comes to funeral ceremonies,” pleaded Duncan.

Speaking to the Weekend Witness, a former mayor, and owner of Induduzo Bespoke Funerals Themba Njilo shared a grim outlook on the situation.

“Coffin manufacturers have begun to run out of coffins and so too have PPE supplies.”
Themba Njilo, owner of Induduzo Bespoke Funerals

“Things are bad, really bad. We are finding it very tough and the situation we find ourselves in is very tense.”

“Since Thursday we have seen and buried more than six people each day. When people come through to bury their loved ones we are seeing that they are not following protocol and attending funerals in large numbers still,” said Njilo, urging members of the public to follow the rules and regulations set in place to ensure the safety of the public.

Njilo said that along with the dangers of Covid, coffin manufacturers have begun to run out of coffins and so too have PPE supplies.

“It is an expensive order to maintain the safety precautions all the while trying to ensure that our clients are following the rules and regulations.

“I urge people to be as safe as they can be. This virus is dangerous and scary and we are seeing first-hand the effects of it,” said Njilo.

We live in a world where facts and fiction get blurred
In times of uncertainty you need journalism you can trust. For only R75 per month, you have access to a world of in-depth analyses, investigative journalism, top opinions and a range of features. Journalism strengthens democracy. Invest in the future today.
Subscribe to News24
Related Links
Funeral homes’ taxing times
Pietermaritzburg funeral parlours under strain
Burials concern as industry faces 3-day forced shutdown
Next on Witness
Transnet move to shift Durban HQ unsettles KZN

Read more on:
kznpietermaritzburgkwazulu-natalcovid-19second wave
Daily Poll
Do you prefer to read your newspaper in print or online?
Please select an option Oops! Something went wrong, please try again later.
Definitely print. I like the feel of a newspaper in my hands.
10% - 9 votes
I like reading news online.
48% - 42 votes
I don't mind. I like both.
41% - 36 votes
Previous Results
Latest Issue