The kitten that was found in a plastic bag in Bisley Nature Reserve.
Peter West

A domestic cat and her kitten were found dumped in two separate plastic bags at Bisley Nature Reserve, but thanks to her rescuers, they have already found a new home together.

The new owner however requested that her identity not be revealed.

Friends of Bisley Nature Reserve (FOBNR) rushed to the rescue shortly after 4 pm on Monday after one of their members, Gus Ovendale called to say that he had come across two moving, meowing plastic bags in the reserve while he was taking a walk.

“I arrived with a suitable cat box. Cutting the bags open in my car, out came an extremely distraught young female cat. The second bag contained her kitten, soaked in urine. I put them in the cat box and the very dehydrated kitten began suckling on mom immediately while the mother meticulously cleaned up her baby,” said Peter West of FOBNR in a message sent to Maureen Vida of PMB Feral Cats whom he had approached for advice. 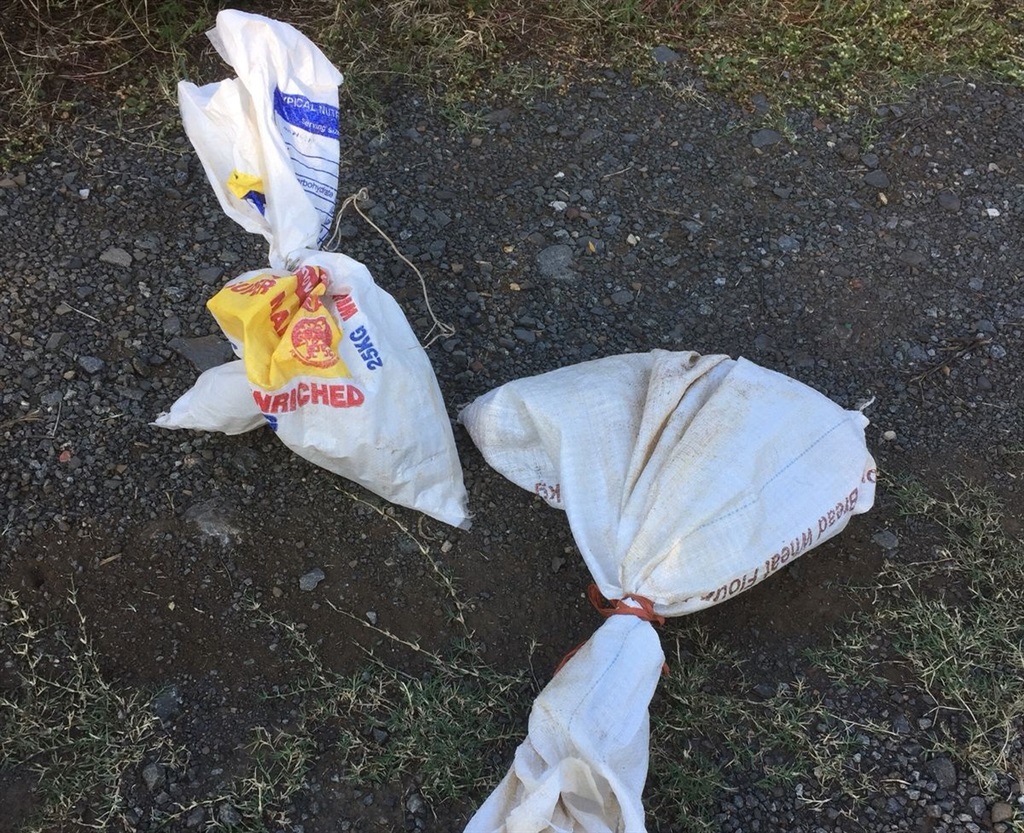 Mother cat and her kitten were found abandoned at the Bisley Nature Reserve.
Peter West Veterinarian Carmen Player examines the cat and her kitten that were found dumped in Bisley Nature Reserve.
Peter West Mother cat and her kitten cuddled up after being rescued.
Peter West

West drove the cats to Chase Valley Vets where veterinary surgeon, Carmen Player gave them a clean bill of health and offered them a safe and warm place to sleep overnight.

“Both these animals are friendly and obviously from someone’s home. How any human can do this to their pet is beyond me,” added West. “These cats are beautiful specimens. The mother is a tabby and the kitten is grey and just about ready to be weaned,” said West.

He said attempts will be made to track down their abusers who will face charges of cruelty under the Animal Protection Act if caught.

West and Vida urged people who can no longer keep their pets for whatever reason to “do the humane thing” and hand them over to their local Society for the Prevention of Cruelty to Animals (SPCA) instead of dumping them in a cruel manner.

Recently whatsapp groups carried photographs of puppies that were curled up in a heap in an open field in the Hilton area where they too had been dumped to fend for themselves.

We live in a world where facts and fiction get blurred
In times of uncertainty you need journalism you can trust. For only R75 per month, you have access to a world of in-depth analyses, investigative journalism, top opinions and a range of features. Journalism strengthens democracy. Invest in the future today.
Subscribe to News24
Next on Witness
Richmond family still traumatised after murder of three brothers

Read more on:
friends of bisley nature reservekwazulu-natalkznpietermaritzburgbisley nature reservedurbancat rescueanimal rescueanimal cruelty
Daily Poll
South Africa's government is considering a proposal for polyandry to be legally recognised as a form of marriage in the country. Polyandry is a form of polygamy in which a woman has more than one husband. What are your thoughts on the matter?
Please select an option Oops! Something went wrong, please try again later.
This is just madness
60% - 3 votes
I think it’s fair. If men can do it, women should also be allowed to do it
40% - 2 votes
Previous Results
Latest Issue