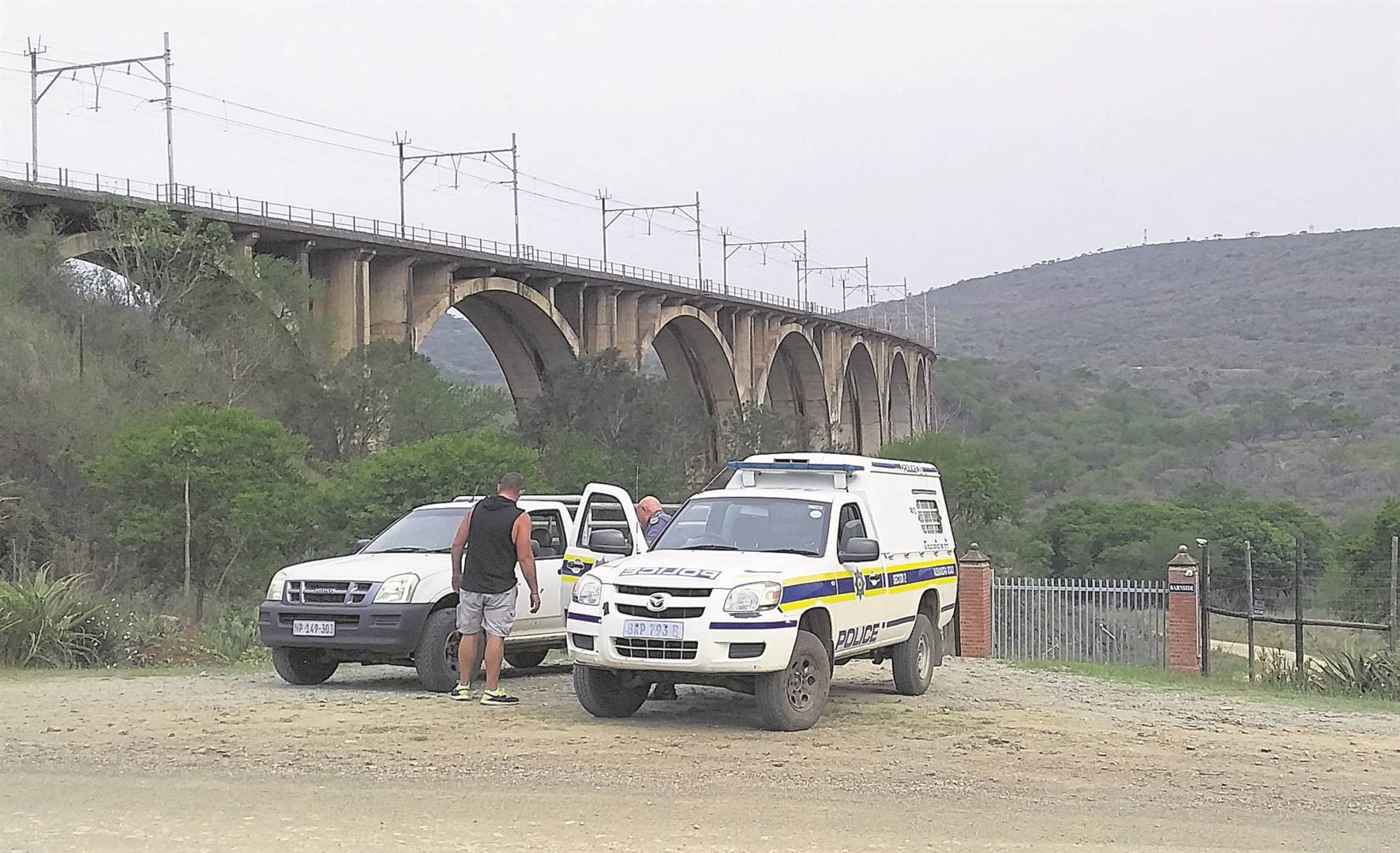 Police wait as searchers attempted to flush out four intruders who broke into a house at Ishona Langa game farm in Ashburton on Thursday.
Moeketsi Mamane

A massive manhunt was launched on Thursday in Ashburton after four intruders gained entry to a house situated on Ishona Langa game farm, owned by Victor Hugo, around lunch time.

One man was arrested by the search team and taken into custody by the SA Police Services.

It is understood that the man is from Copesville area, sources said.

Three others remained at large by evening and the search was only called off as darkness started to fall.

Victor and his spouse, Muffy, as well as their workers were not injured, but were shaken after the incident.

The intruders fled into the bush after being confronted by workers on the property and after Hugo fired about three warning shots in the air.

The search team made their way on foot through thick bush on foot and using dogs and reportedly a drone in search of the intruders.

When The Witness got to the scene the police and security companies were moving up and down looking for the suspects. Vehicles were parked at strategic points surrounding Ishona Langa and an adjoining game farm to cut off the intruders’ escape route.

A source at the scene said the four intruders had entered one of the houses on Ishona Langa and had “started stealing stuff” when they were seen by two farm employees who alerted Victor and Muffy to their presence.

As the couple cautiously approached the house which is situated adjacent to two ponds that are home to very large crocodiles, the two intruders still inside inside apparently heard them coming and also ran outside.

A scuffle broke out between the farm employees and the intruders and Victor fired off some shots in the air before the four all managed to break free and escape into the bush where one was subsequently tracked down and arrested.

They left behind the goods they had collected which they planned to steal.

Pietermaritzburg Police Spokesperson Mthokozisi Ngobese confirmed that shots were fired at the scene. He said police are investigating a case of house robbery.

“A 23-year-old suspect was arrested and he will appear in court on Friday,” he said.

The incident was the second time that intruders came onto Ishona Langa.

On the first occasion on July 15, the three intruders all fled after they were confronted by a worker and noone was arrested. They are not believed to be the same group.

We live in a world where facts and fiction get blurred
In times of uncertainty you need journalism you can trust. For only R75 per month, you have access to a world of in-depth analyses, investigative journalism, top opinions and a range of features. Journalism strengthens democracy. Invest in the future today.
Subscribe to News24
Related Links
Home break-in terror in Pietermaritzburg suburb
Horror hammer attack
Thieves strike twice
Next on Witness
WATCH | Pietermaritzburg rocked by yet another service delivery protest Read more on:
mi7 securitymagma securityishona langa game farmashburtonpietermaritzbrugkwazulu-natalbreak-inhouse robberyarrestsintrudersgame farm
Daily Poll
To all those who were studying this year or had children in school, do you feel that the year has been more academically challenging because of the Covid-19 pandemic?
Please select an option Oops! Something went wrong, please try again later.
Yes, it’s been a tough year
88% - 36 votes
Not really, it’s been all the same
5% - 2 votes
I (or my child) decided to dropout this year
7% - 3 votes
Previous Results
Latest Issue